A Cornish business that specialises in converting shipping containers into work, living and leisure spaces, has launched a crowdfunding campaign.

Truro-based ISO Spaces, which won the 2014 Ignite start-up competition and Most Creative Use of Design at the recent Cornwall Business Awards, is looking to raise £300k in return for 10% of its equity, through the Crowdcube platform.

It is looking to raise the money to increase capacity and meet the demands of a growing order book.

Following delivery of a successful prototype, ISO Spaces is now in the final contracting stage of a project in west London for 78 containerised housing units, including a social housing allocation, worth £2.2 million over the next 12 months.

Co-founder, Gregg Curtis, said: “We have six major deals in the pipeline, similar to the west London project, but they’re not finalised yet so we can’t really go into detail.

“But we can say we’re extremely excited about the next three years. The only limit is your imagination.”

For more details on the Crowdcube campaign, click here. 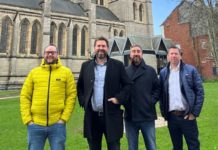 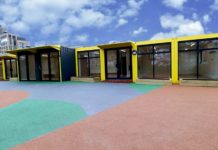