Leading timber window and door brand – Clearwood UK – is re-establishing its Cornish roots by opening a new headquarters in the Duchy.

The company, which specialises in the manufacture and supply of high quality made-to-measure timber windows and doors, was originally based in Redruth before Performance Windows Group (PWG) brought it in 2009.

Now Clearwood UK is back in Cornwall, having been taken over by Sean and Elaine Parker who have worked closely with PWG for the past two years.

They plan to firmly re-establish Clearwood UK not just in Cornwall, but also across the south west from its new head office on Tamar View Industrial Estate in Saltash.

Sean Parker explained: “The company was established in Cornwall originally and became a very strong brand not just in Cornwall but across the UK so we are delighted to have the opportunity to bring it back home.

“We are really looking forward to establishing the brand once again in the South West, working with the trade, developers, refurbishers and home owners alike.”

Jay Pengelly, PWG’s managing director, added: “We have been working closely with Sean and the team supplying their customers in the south west with a range of made-to-measure solutions from PWG for a couple of years.

“So when Sean approached us about purchasing Clearwood UK and taking it back to its traditional heartland in the south west we were delighted to work with him to make that happen.” 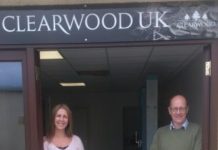 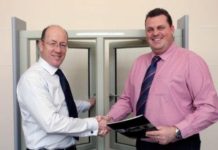