The owner of South Crofty Mine has issued Celeste Mining Corporation with a formal notice of default.

Cornish Minerals Limited (CML), the parent company of mine operator Western United Mines (WUM), took the action following Celeste’s “continued failure to fund expenditures relating to the South Crofty project in accordance with contractual obligations set out in the Earn-In agreement of May 2011”.

Celeste, one of the mine’s key investors, announced last week that it was cost-cutting at the mine, “in the face of deteriorating equity markets, the financial position of the company, operational complexities and higher than anticipated exploration and development expenses”.

Celeste has had management control at the mine since November 2011, but in a statement, CML said that following the recent developments and the prior resignation of Celeste’s nominated director from the CML board, this was no longer the case. It said the management of the South Crofty project has been “reassumed by the management of Western United Mines”.

While it leaves a major hole in the project’s finances, WUM’s CEO, Alan Shoesmith, insists the mine remains an “attractive investment” proposition. He said: “The path towards production has been far from easy. I don’t think any of us who have been working at South Crofty since 2001 could possibly have imagined the huge obstacles we would have to overcome.

“Regardless of what has happened, however, the fact remains that, as evidenced by the results of all the exploration we’ve been doing, the mine remains an extremely attractive investment. I know I speak for all the management team here when I say that our enthusiasm to progress the mine has not been dented. We want to see this project through to fruition and will do all we possibly can to make that happen.”

And Shoesmith said WUM’s majority shareholders are working closely with South Crofty’s management team to source alternative funding for the project. “They understand the huge importance of South Crofty’s mineral resource and are doing all they can to help during this difficult period,” he added. 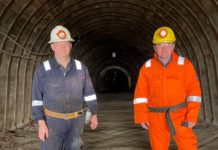 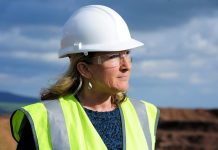 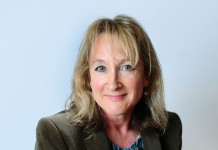