The combination of a better summer and significant marketing spend has boosted sales at Cornish ice cream brand, Kelly’s of Cornwall.

Kelly’s is now the fastest growing brand in ice cream and is worth £14m in retail sales, growing at 35% (AC Nielsen MAT 08.08.09). Kelly’s Clotted Cream Ice Cream (1 litre) and Cornish Dairy Vanilla (2 litre) tubs have the highest cash rates of sale in their respective tubs sectors.

The company, of which R&R Ice Cream is a major shareholder, has worked flat out over the summer period to meet consumer demand, selling over 3 million tubs in 5 months (March-August).

Kelly’s TV advertising campaign – the biggest ever support package from R&R Ice Cream – aired for ten weeks between May and July, resulting in an increased brand awareness to 32%. The brand also achieved greater penetration than its more established brand competitors (TNS MAT 08.08.09).

The ad campaign has helped to reinvigorate the brand nationally, with awareness rising to 32%, while in Cornwall, awareness has risen to 98%.

The TV advertising formed part of a big marketing investment for the brand, which also included new packaging, press advertorials and PR support. The TV ad was designed to communicate the provenance story of Cornish by Nature, and together with the new contemporary identity, highlighted the brand’s provenance, dairy and heritage messages.

In a bid to highlight its role as the perfect accompaniment at Christmas, R&R has planned another burst of TV advertising and promotional activity for Kelly’s. The TV advertising, which repeats the recent execution, will break on 1 December and run until 24 December, reaching over 43m people, of which 9.7m are housewives.

Charlotte Hambling, senior marketing manager at R&R Ice Cream, commented: “This has been a milestone year for Kelly’s. Our marketing investment, which promoted the brand’s unique heritage and Cornish provenance, together with better weather, have all contributed to the success and added an impressive 80% of incremental sales to the category.

“The brand will benefit from further ATL support at Christmas which Kelly’s can really own. Almost 40% of December’s Cornish ice cream sales are generated in the week running up to Christmas when consumers are seeking an accompaniment with premium quality and provenance for family gatherings, so this is a fantastic opportunity to drive further sales.” 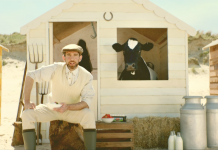 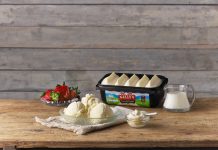 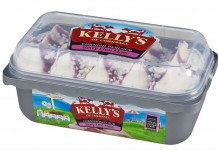