A Government study to look at potential for wave, tidal-stream and tidal range technologies around the English and Welsh coastline has been welcomed by the South West Regional Development Agency (SWRDA).

The study was announced yesterday by Lord Hunt who was speaking at the British Wind Energy Agency (BWEA), tidal and wave conference in Bath, which is being sponsored by SWRDA. It is the first time such a study has taken place.

Cornwall, of course, has a key role to play in the future of such technologies, with companies such as Bodmin-based Orecon a key player in the Wave Hub project, which is set to be deployed off the Hayle coast in 2011.

Claire Gibson, Director of Sustainable Resources at SWRDA, which is leading the region towards a low-carbon economy, said: “South west England has an excellent marine energy resource that could contribute significantly towards meeting our future energy and climate change goals so we welcome today’s announcement. We are beginning to see a world-class marine energy industry develop in the region, supported by SWRDA’s investment in projects such as Wave Hub and PRIMaRE.”

The study will allow the Government to understand better the energy potential of marine energy devices and the realistic timescale of when multiple devices will be installed and commissioned. This work will also build on data already gathered for the Offshore Energy Strategic Environment Assessment (SEA), the Welsh Marine Energy Strategic Plan and other studies.

The Government will seek input from developers, utilities and other relevant bodies about their plans and preferred locations for developing commercial scale marine energy farms. Any data gaps needed to put in place a SEA for marine energy devices in England and Wales will also be identified. The study will inform the Government on whether a full SEA for England and Wales is required. It will exclude the Severn Estuary as a feasibility study is already underway.

Gibson added: “We have been encouraging the Government to undertake an SEA for marine renewable energy off the region’s coast for sometime as it is a vital ingredient to developing a marine energy industry in the South West. We therefore welcome today’s announcement and now need to ensure that this is undertaken as quickly as possible.” 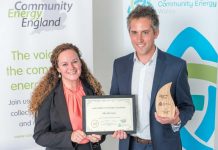 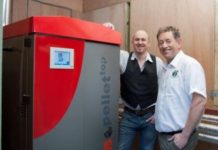 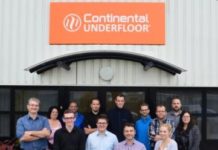