Low carbon house designers and builders Cloud Nine has successfully secured a second round of funding, which will see the company launch in May 2008 with a range of high-specification modular eco homes named after famous Cornish places ‘Bude’, ‘Lamorna’ and ‘Zelah’.

Headed up by Chris Chapman, CEO and co-founder director who has extensive experience in design, development and financing large projects, along with Dave Sandbach, chief technical officer, Jerry Davison, finance director, and Dr Mark Scibor-Rylski (co-founder director), the company has acquired £430,000 of investment, £250,000 of which comes from Finance Cornwall the private equity fund investing in SMEs in Cornwall and the Isles of Scilly with the majority of Business Angels coming from SWAIN (South West Angel Investment Network).

This second tranch of funding comes on top of an initial £250,000, which helped kick start the research and development stage in the company’s evolution last year.

Cloud Nine was formed in 2006 and its aim is to design and market an innovative range of eco-homes built from sustainable materials to the highest standard of ecological/low carbon compliance. The company has worked hard to produce homes that are user friendly and can give consumers flexibility and choice in design and location.

Chris Chapman said: “We are delighted with this second round of funding, which will see Cloud Nine officially launch what is an innovative and unique product in the southwest next month.

“We have received a lot of interest from consumers and developers and we would like to take this opportunity to personally thank the equity team at Finance Cornwall lead by Robert Seymour, director of Finance Cornwall Fund Managers and SWAIN’s investment director Bruce Colley plus the other independent investors who have backed this project.”

Cloud Nine is based in its Hayle office and will be adding to its team during May, planning to create more jobs as the company expands.

Robert Seymour said: “Cloud Nine is a great example of the knowledge based businesses we want to attract and develop in Cornwall”.

“With a deep understanding of the market and a range of vital skills and backgrounds Chris and his team have developed and delivered a truly innovative product in the right place and at the right time. We have been more than delighted to support Cloud Nine and are confident about its future.”

Chris is a design specialist with experience in growing new businesses, property development and working with the financial industry.

Chris started out as head of research and development for Spitting Image Projects and has most recently founded the Haven Jetty Company Ltd, to developed an eco-build complex in Cornwall. He has also been a Business Fellow at University College Falmouth developing business interaction, mentoring spin-outs and supporting design practice in the region.

More recently Chris started ElekSen Ltd, which floated at a valuation of £22M on AIM in June 2006. Here he negotiated deals with Microsoft, Orange, Johnson Controls (Automotive manu), and manufacturers in eastern asia.

He has over 19 years experience at the sharp end of innovation, beginning in film / TV special effects, then on into product design and technology development.

As co-founder and CTO of UK technology company Electrotextiles Ltd. (now Eleksen Group PLC), he lead the development of the world’s first touch-sensitive smart fabric. He has also been involved as Operations Director at Moixa Energy, through start-up to first product – a ‘greener’ rechargeable battery; the USBCell.

In the course of his career, David has so far accrued around 70 patents worldwide, most of which have been successfully commercialised.

Jerry has broad commercial experience in both MD and FD roles and has worked in the USA and Africa as well as the UK.

He is a chartered accountant with a law degree and worked with Price Waterhouse and Deloittes between1981-1989. Jerry held MD and FD positions within Stagecoach and then joined Select Software in 1996 as CFO taking the company to a $60 million NASDAQ IPO.

He was also the CEO of BCT, one of the largest ceramic tile manufacturers in the UK. In 2003 he established The Mill Consultancy, Chartered Accountants, specialising in corporate finance and business development advice.

Jerry is on the non-executive director panels for 3i plc, YFM South West Ventures, Finance Wales and Finance Cornwall. 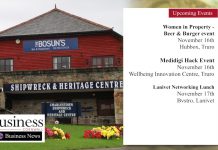 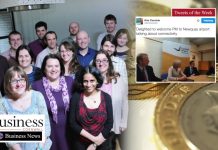 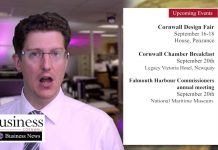