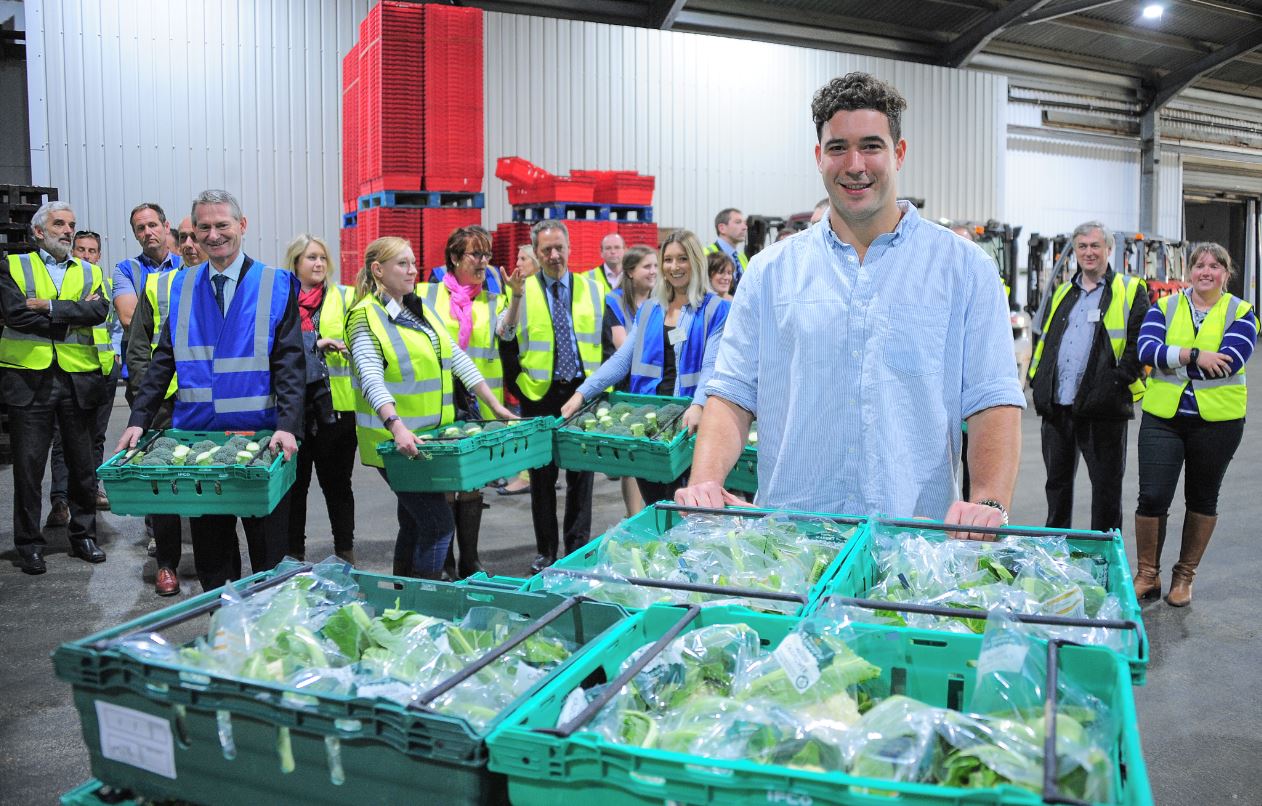 Hosted by Riviera Produce in Connor Downs near Hayle, the walk provided an opportunity to see the Riviera set up – including the newly-extended packing house and learn more about the origins of this sixth-generation family farming business.

David Simmons gave an insight into the background to his family farm, and how it has developed over the past 150 years into the business it is today, farming over 5,500 acres and supplying to five major supermarkets nationally.

During a tour of the pack house, Simmons also spoke of the problems and opportunities that Brexit may bring. 90% of his workforce are Eastern European and there is no doubt that Brexit and the resultant weakening of the pound and the uncertainty surrounding what will happen has made recruitment and retention of that vital workforce difficult. Conversely, if it did result in a no deal situation, he said delays in importing competitors’ goods from Spain “wouldn’t be the worst thing in the world!”.

As progressive and innovative farmers, the Simmons’ are always looking for new ways in which the business can be taken forward and costs be controlled. Recent developments include solar panels to make 55% of the pack house self-sufficient, constant product development including squashes and new varieties of brassica and taking part in projects looking at the use of robotics.

PKF Francis Clark’s head of agriculture, Brian Harvey, said: “David is a fantastic example of a farmer who has sought out and maximised opportunities and who is always looking to develop the business while keeping a keen eye on costs.

“Working to the strident demands of the supermarkets is no easy feat and it is a testament to his, Tom’s (Simmons) and their team’s hard work, passion and vision that Riviera Produce is such a success story.”