The local agricultural industry has come under attack in the House of Commons, as a vegan Labour MP called a special debate to argue that livestock cause climate change.

Rogerson stood up for British farming, arguing that in the debate that “it’s not so much about what we eat, as where it comes from,” adding “Livestock is a key sector for maintaining the landscape.”

Commenting after the debate he said: “While there clearly are issues about the ways in which land in developing countries is used to grow soya for cattle feed, it was up to the Liberal Democrats in this debate to defend British farming against what amounts to an unjustified assault.

“We are all committed to tackling climate change but doing down the British agricultural industry is no place to start.

“If Kerry McCarthy is concerned about the environment, perhaps she should ask the Prime Minister why he chose to squander £12.5bn on a VAT cut rather than use it to insulate homes, invest in public transport and promote green energy.

“Labour MPs cannot use farming as a scapegoat for their own government’s failure.” 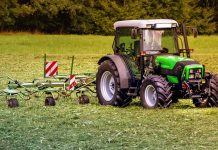 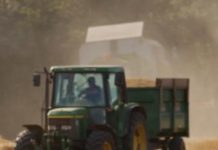 The need for tractor speed