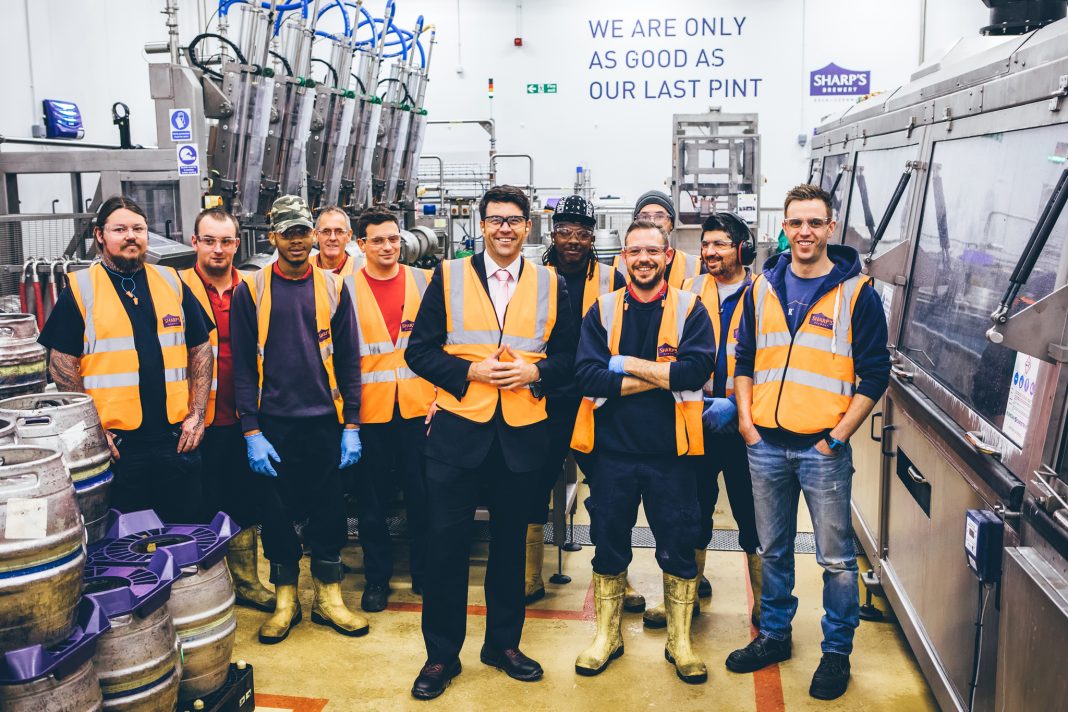 Sharp’s Brewery’s recent £2.5 million investment in a new lab and racking line is having an instant impact.

The Rock-based brewery says the investment in a refurbished quality lab and new racking line has immediately improved production efficiencies as well as increased the output.

Local MP Scott Mann officially opened the new racking hall on a recent visit to Sharp’s and met with staff for a brewery tour and to view the new racking line, which provides greater automation and operates five days a week, with the ability to produce 300,000 pints a day – a 30% improvement on the previous production line.

The new system is also said to have improved health and safety benefits for employees and has enabled Sharp’s to decrease water usage by 17% and steam production by 25%.

The number of permanent Sharp’s Brewery employees has now risen to 148, up from 135 in 2015, with more increases in employee numbers to come in 2018.

Senior brand manager, James Nicholls, said: “2017 was another positive year for Sharp’s, with our flagship beer Doom Bar remaining the UK’s No.1 selling cask and premium bottled ale brand. This year we are introducing four new beers in the limited-edition range plus some smaller batch brews from our Pilot Plant and there are some other exciting projects in the pipeline.”

Mann added: “Sharp’s Brewery is a fabulous example of what can be achieved in the food and drink sector in Cornwall. Its growth over recent years is a direct result of a top-quality product, investment in research and development and very effective branding. The new barreling line will increase production and boost its reach into more pubs and restaurants around the country.”