Merlin Cinemas is to open a four-screen cinema in Bodmin after signing an agreement to purchase Bodmin Public Rooms.

The Penzance-based company currently operates 15 cinemas across the UK, mostly in Devon and Cornwall, but also as far afield as Thurso in the north of Scotland.

It specialises in running cinemas in small, mostly rural and coastal communities, where the large cinema circuits are not interested. Many of their cinemas it has acquired in order to save them from closure. However, in some towns like Bodmin, where there has not been a cinema since the 1980’s, Merlin endeavours to find a town centre building suitable to convert to a cinema.

Director, Geoff Greaves, said: “Cinema-going in the UK has experienced a huge renaissance over recent years and we believe that Bodmin deserves a good cinema. Having now found a suitable building we look forward to providing one as soon as is possible for local people to enjoy films as they are best seen; on the big screen at the cinema.” 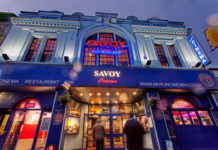 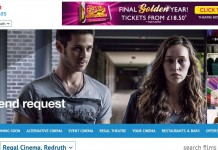