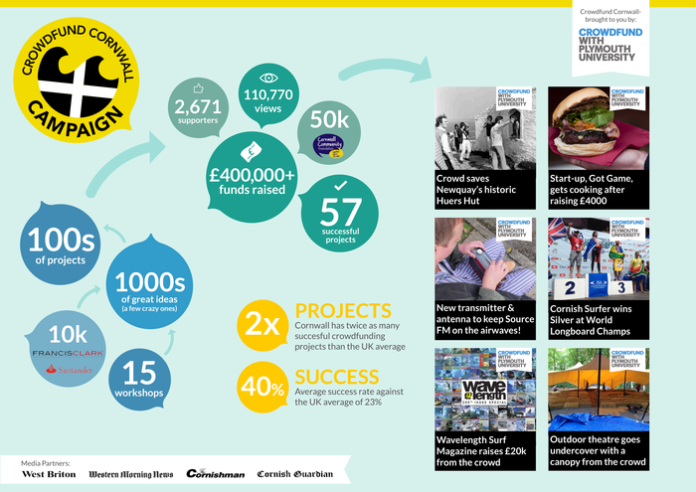 Crowdfunder is rolling out UK-wide campaigns after the success of Crowdfund Cornwall – the world’s first-ever, regional crowdfunding campaign.

The next four cities immediately benefiting from a region-specific campaign rollout will be Bristol, Manchester, Liverpool and Edinburgh.

Crowdfunding projects across the cities have already raised substantial funds in their respective areas and it’s expected that the individually-focused campaigns will amplify the economic impact in each area. To date, Manchester has crowdfunded over £92k, Edinburgh, £50k, Liverpool, £35k and Bristol, £44k. 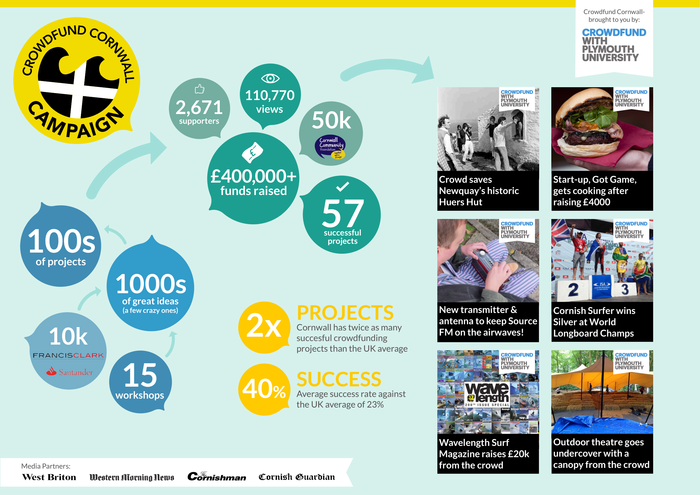 The Crowdfund Cornwall campaign has raised over £400k for local communities, business, projects, charities and events in the last 15 months alone.

Proving the success of Crowdfunder’s pilot, regional campaign, stats show that Cornwall now has twice as many successful crowdfunding projects per capita than the UK average – three times as many when London figures are excluded – according to data from The Crowdfunding Centre.

Data also shows that crowdfunding projects launched in Cornwall are more likely to be successful with success rates of 40% compared with the UK average of 23%.

MD, Phil Geraghty, commented: “City-based crowdfunding is the future and Crowdfunder is proud to be leading the way.

“Across the UK we want to bring together local crowdfunding projects, universities, councils, brands and local supporters to make great ideas happen.” 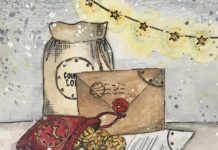