The Kernow Sausage Company has acquired Vealls of Newquay, a long-established Cornish food wholesaler, for an undisclosed sum.

Vealls was founded in 1964 by brothers Ron and John Veall, who grew the business to a £1 million plus turnover. Now both in their 70s, the brothers have made the decision to retire.

Vealls supplies over 200 businesses in the South West with a range of chilled, ambient and frozen foods. The deal will safeguard 13 jobs at the company’s St Columb base, bringing investment and improvements to the existing systems and equipment.

Gavin Roberts said: “We have seen tremendous growth year on year with our core offering and have proved that we can compete with regional and national players here in the south west.

“I know I speak for the entire team when I say that we’re ready to take on this great business and see it shine. Ron and John Veall have put their hearts and souls into building a great business and we are really excited to be writing the next chapter of the story.”

The acquisition of Vealls has been made possible through an investment from the Business Catalyst Fund, the £5m investment scheme supported by the Government’s Regional Growth Fund, and a loan from South West Investment Group (SWIG Finance). 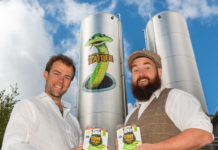 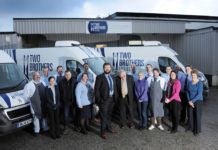 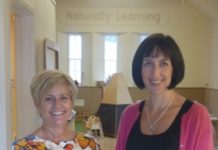