A European fund set up to help businesses unable to access sufficient bank finance has passed the £4 million mark in the south west.

The Small Loans for Business scheme, which in Cornwall is delivered by Truro-based SWIG Finance, has supported some 200 businesses in the region since it was launched in 2009.

Cornish bakery Da Bara is one of the latest businesses to access a loan from the fund. Set up by brothers Tim and Ben Hawkins in 2011, the business now bakes and supplies bread and pastries wholesale to high end restaurants and hotels across the Duchy.

Landing outside bank lending criteria, Da Bara was unable to access conventional funding and was referred to SWIG by its bank.

Naturally Learning Childcare, a small group of nurseries in Cornwall also accessed a loan from the fund. Business director Judith Chapman has so far taken on four full time posts as a result of the investment, contributing back into the local economy.

She said: “We sought the funding to supplement a grant from Cornwall Council to refurbish and expand our Naturally Learning Poltair nursery to better cater for two year olds in the local area.

“The funding from SWIG was invaluable to us and without it we wouldn’t have been able to complete our building work. It enabled us to finance the project after the bank had refused to and as a result many young children in our care are benefitting.”

In the last quarter SWIG has seen “unprecedented levels” of enquiries for the fund, which remains available until 2015.

MD John Peters is confident that this demonstrates tangible evidence of economic recovery and an appetite for growth amongst SMEs.

He said: “Business owners looking to invest in growth who can’t get funding from the banks shouldn’t be stopped in their tracks. That’s where SWIG comes in.

“SWIG specifically supports those businesses which are viable but not bankable.” 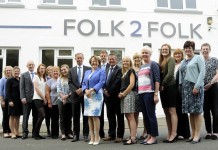 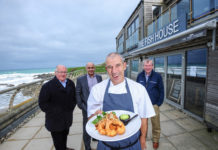