One of the oldest manor houses in Cornwall has entered the first phase of a significant redevelopment project in a quest to become the county’s wedding venue of choice.

Work is now under way at 800 year old Pengenna Manor, on the outskirts of Wadebridge, which will see the home of the Blewett family transformed from a former agricultural site, into a beautiful new purpose-designed wedding venue, available to hire from August 2014.

The Grade II listed manor is rich in history, with parts of the building dating back to medieval times, further extensions were then added to the property in the Elizabethan, Georgian and Victorian periods; it boasts a wealth of historically significant period features, including one of the earliest relief plasterwork friezes in the county – depicting Adam and Eve in the Garden of Eden with the serpent curling around the tree of temptation.

Richard Blewett is the latest family member to take over the running of the manor, which has been in the family for over 150 years and he is enjoying overseeing the development. He said: “Pengenna Manor has been and will continue to be a family home, but it is so full of history and character that it deserves to be shared with others.

“It is extremely important that all of the work undertaken is done so with the utmost sensitivity to the building and its features. It is these unique historical features that make the property such a stunning location for weddings and other events.”

At the end of the year, the second phase of the redevelopment will see the creation of four bedrooms bursting with historic character inside the manor house, to provide luxurious accommodation for up to eight guests, due for completion by summer 2015.

Once the development is complete, Blewett aims to broaden the use of the manor to incorporate a range of special in-house events, including open air theatre shows, cinema screening nights, music showcases, pop-up restaurants and arts events. 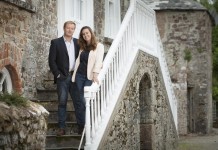 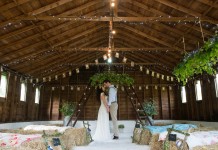 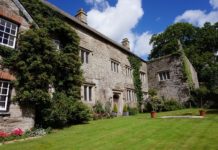