The crew of Falmouth Water Taxi has been bolstered thanks to a £8k support package from Cornwall Marine Network (CMN).

The fledgling business has been able to take on six young staff, aged 19 to 22, after CMN sourced funding to help subsidise their wages and pay for essential nautical training.

The water taxi service was launched by skipper Carl Beardmore in April this year after he identified a gap in the market. It is now ferrying dozens of customers per day and has taken on the role as launch for the Royal Cornwall Yacht club.

Beardmore said: “There’s no way that I could have increased the scope of the business and employ as many people without the funding sourced by Cornwall Marine Network.” 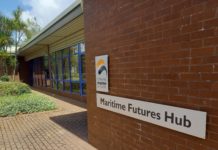