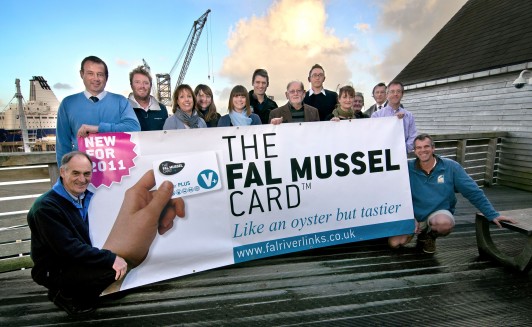 The summer trial of Falmouth’s very own Oyster Card has been declared a success.

The Fal Oyster Card, which was introduced in June, offered unlimited use within the Fal River Links network for a set period of time for one price.

It is now planned to roll the scheme out on a permanent basis next year.

Maritime Museum director and chairman of Fal River Links, Jonathan Griffin, said: ”The card has been fantastic, it is such a simple concept that has worked so well in other parts of the world and now the Fal is no exception.

“Our survey work has confirmed feedback from our partners that customers loved the product and offering, as it made travelling on and around the river so easy.”

Tim Light, Fal River Links secretary and transport operator, added: ”I am really delighted with the way customers have taken to the idea of the card and we are confident we are going to run it again next year and expanding the concept to reward users of the card with value offerings linked to eating out and shopping.”

“However it looks like we are going to have to change the name, after recent discussions with Transport for London we have decided it will become the Fal Mussel Card next year but the offering will remain exactly the same.

“We like the idea of Fal Mussel Card being ‘Tastier than an Oyster’.”