A company specialising in steel sewage screens has expanded by opening a new department with the support of two graduates.

The creation of an electrical department – well ahead of target – has meant that Hydra/Hydrok, based in Indian Queens, can save money by carrying out work on site that was previously contracted in.

Harry Wood, who qualified in design engineering from Cornwall College, started work for Hydra in January 2009 under the Unlocking Cornish Potential scheme (UCP).

Guy Brocklebank, who has a degree in electronic communication systems, was appointed as a Knowledge Transfer Partnership (KTP) Associate in June of that year, working closely with academic experts from the School of Computing and Mathematics at the University of Plymouth.

Together the graduates worked to create the electrical department, including building control panels for Hydra, which previously dealt in mechanical manufacture.

Wood is the fifth UCP graduate employed by Hydra. A Hydra spokesman said: “The Hydra Group values the long standing relationship with UCP and the more recent project with KTP. The schemes allow a flexible approach that develops skills within the Company and fosters an innovative attitude from all those involved. This has resulted in new products and new revenue streams.”

Louise Oldham, UCP business development manager, said: “This is an excellent example of where UCP and KTP can complement each other, UCP would hope to continue and do more of this kind of collaborative working.” 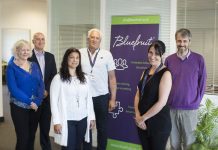 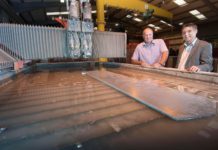 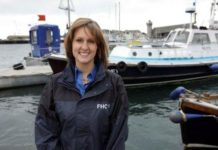