Two new jobs have been created in the move, which involves a doubling of the SCH retail space on the site, where it opened its first retail outlet 18 months ago after launching as an internet-based business in 2005.

SCH founder Tina Seymour said she felt she had taken the enterprise as far as she could and would now be focusing more on her best-known and longest-established company, Seymac Distribution.

He said: “Simply Cornish Hampers has always been described as the ultimate keep-it-Cornish venture, for both company and products, and we are delighted to have the opportunity to build on the excellent work done by Tina and her colleagues to date.

“We will be maintaining and further developing the online side of the business as well as expanding its retail operation here.”

The SCH product range has grown to more than 150 from 50 Cornish suppliers – with customers able to buy pre-assembled hampers or make their own bespoke selections from the many Cornish food, clothing and gift ideas available.

The acquisition will reinforce Treasure Park’s bid to become a major all-year-round retail, tourism and leisure destination and a breeding ground for Cornish businesses. More than 100 people now work on the 30-acre site. 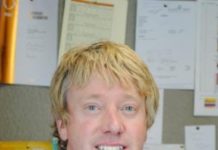 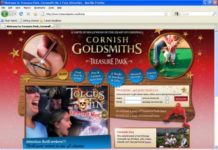