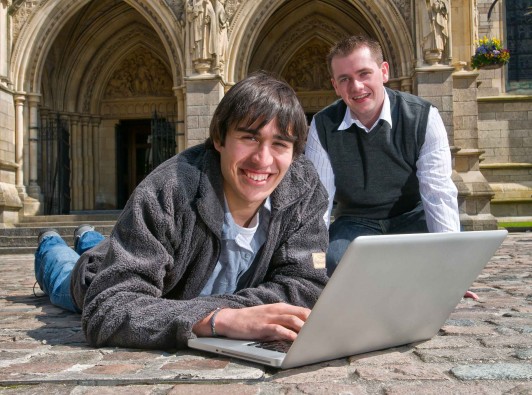 Bale has just finished a degree in Computer Design and Programming and will work alongside Grice as his first employee.

Grice said: “After setting up the company a year ago, I never once imagined that I would be employing somebody so soon. It’s very exciting to think what this could mean for Redfuse and its future success.

“My original plan was to take on somebody within 18 months, but due to my increased workload I have found the need to employ somebody six months early, and Richard was the right man for the job.

Bale who has been recruited through the Unlocking Cornish Potential (UCP) scheme, will graduate in July from Staffordshire University.