Tregarthen’s Hotel in St Mary’s on the Isles of Scilly has kicked off the new season with a launch event to unveil the latest phase of its development programme.

The vast majority of the bedrooms and bathrooms at the hotel have been completely refurbished, at a cost of £250k. The new rooms were officially opened this week by Alistair Handyside, chairman of South West Tourism, at a lunch event attended by over 50 business leaders with an interest in tourism in the Isles of Scilly.

Handyside said: “Tourism in the south west must constantly aim to raise quality standards, so we can compete with world class destinations around the globe. The Isles of Scilly is a jewel in the crown of the south west region and it is fantastic to see this investment by Tregarthen’s Hotel, which sets a new standard in quality accommodation on St Mary’s. It is this kind of investment that will keep tourism in Cornwall and the Isles of Scilly buzzing.”

Director of the hotel, Trevor Richards, added: “Tregarthen’s was opened as the first hotel on Scilly 160 years ago, when Captain Tregarthen started taking paying guests across on his packet ship. Since those early days, the hotel has continued to lead the market and today marks the next phase of the hotel’s development. The investment reflects the directors’ confidence in the future of tourism in Scilly.” 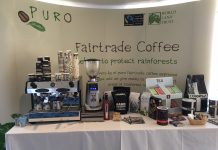 All set for Supply Scilly 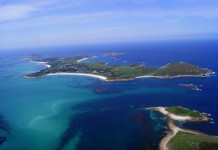 All set for Supply Scilly event