The unveiling of a brand new look for a Cornish natural spring water company has seen sales soar across the region.

Only weeks after unveiling a fresh brand for its retail water range, Bodmin-based Just Water has already secured new contracts and seen sales rise significantly, much to the delight of owners Colin and Pauline Dyer, who launched the company in 2002.

The Dyers say that from the moment the new brand, which was created by Truro-based Aawen Design, was unveiled, sales started to rise.

“Thanks to the re-brand we have come out with an extremely strong identity for our range, which in turn has had a really positive impact on sales which is fantastic. In the first full month following the launch of the new brand, sales increased by 29%,” said Pauline Dyer.

“The new identity has also been directly responsible for us picking up new customers, including a number of the Spar shops in Cornwall, in addition to our existing customers such as the Eden Project responding really positively to it and our wider retail customers reporting increased sales.”

According to Aawen Director Adrian Taylor, who has previously worked on the Schweppes and Bulmers drinks brands, the old Just Water bottle branding had lost touch with its customer base.

He said: “When it came to looking at who it was who was buying the Just Water products, it was an 18 to 30 audience, but the original branding just didnt fit in with this age group, so the goal was to create something that did and we are extremely pleased that through this process, Pauline and Colin do not only have a much stronger and more identifiable brand for the range but have seen an increase in sales already.” 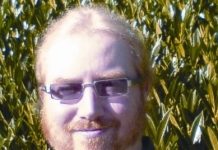 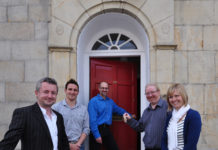