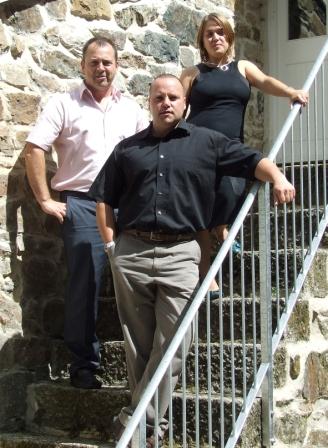 A firm of Penzance architects is putting its current success down to the future proofing measures it carried out to help the business during the recession.

After moving to its new offices in Chyandour Lane in June 2008, RLT Architects underwent a management restructure to make the company more efficient as well as identify the changing needs of its existing and potential clients.

It was a move that the company believe has now put them in a position to think about future expansion.

“We are really now beginning to see the rewards of the restructure,” said RLT’s director, Danny Cooper.

“Working closely with the construction industry we could see what was happening so we took steps to restructure the company which we believed would put us in a position not only to survive, but thrive during and after the recession.

“With the new team in place we were able to target new markets and really focus our attention on developing the business.”

Joining Cooper on the management team, were fellow director, Steve McTeare MRICS ICIOB and Helen Brooks RIBA, who has been promoted to design director.

“Steve and I were already on the management team and we could see what we needed to do,” said Cooper. “We identified and targeted different and emerging sectors such as healthcare, education and public realm. As a practice we already had experience in these types of sectors and combined with adapting to a constantly changing exit strategy with private and commercial clients have worked with the market place to put ourselves on a firm footing for the future.

“With this in mind we felt that Helen, with her plethora of experience and considerable design expertise, was the right person to join us on the team.

“Helen possesses a vast amount of experience working within the public sector, particularly schools and other education establishments, and we are now winning tenders in those areas.”

Since the restructure the company have won more tenders and contracts nationwide with projects running from Inverness to Land’s End.

“One of our main scopes has been to win contracts outside Cornwall and Devon, the traditional areas we have worked in,” added Cooper. “That has ensured that we have thrived as well as adding a great deal of value to the local economy.”