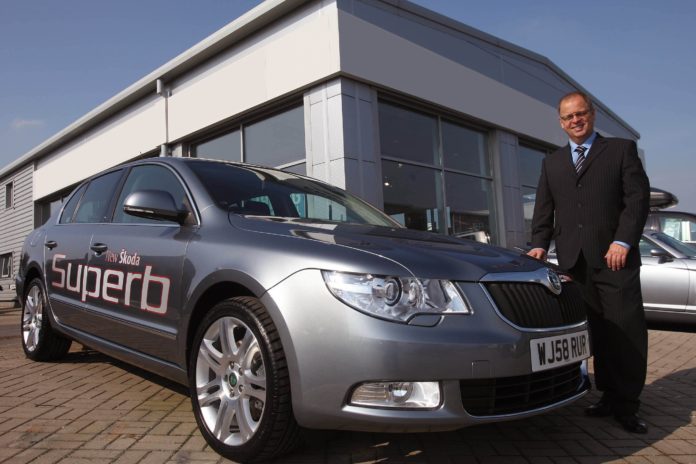 Carrs of Cornwall has accepted an invitation from Skoda to take over its franchise previously held for many years by Mid-Cornwall Skoda at Roche.  The new operation will be absorbed into Carrs’ state-of-the-art Indian Queens centre, which opened two years ago.

The change is effective from October 1 and all former Roche customers are being invited to attend a special open weekend at Indian Queens on October 11 and 12 (9 am to 5 pm and 10 am to 4 pm respectively).

It is the second Skoda acquisition in just over a year by the family-owned Helston Garages group, which last year took over the Bridgwater franchise from Irvines of Bridgwater.

The new Indian Queens operation will see Carrs doing Skoda business across a wide area of Cornwall, as far west as Camborne and Redruth and all points eastward to the Devon border.

Three new jobs are being created by the move and total staff involved will be 12.  These include two transferring from the Roche business and others already on site with Carrs – who also operate the Chrysler, Jeep, Dodge and Volkswagen franchises there.

“We are delighted to take on the Skoda franchise, which will benefit from ultra-modern facilities at a location, just off the A30, which could scarcely be bettered,” said general manager Paul Ridgwell.

“The Skoda is a great value-for-money car, rather than just being inexpensive, and will now be sold and serviced in a home that does full justice to its quality.”

He added:  “Our new relationship with Skoda is working extremely well and we know they are very impressed by Carrs as a company that already has excellent facilities and is prepared to continue investing in its future, its staff development, training and marketing.

“In the longer term, we believe there is a good possibility that we will further expand our Skoda business in the county – we are looking at becoming the undisputed number one Skoda centre for Cornwall.”

The creation of the Indian Queens centre in 2006 was part of a £2 million development programme that created 13 new jobs and ended a three-year search for a suitable site, culminating in the acquisition of a 2.6-acre greenfield site on the Indian Queens Industrial Estate from the South West Regional Development Agency (SWERDA).

The recruitment of Paul Ridgwell strengthened the management team earlier this year.  He came with a wealth of experience in the motoring industry, including the award of Citreon’s South West fleet manager of the year for three years running.