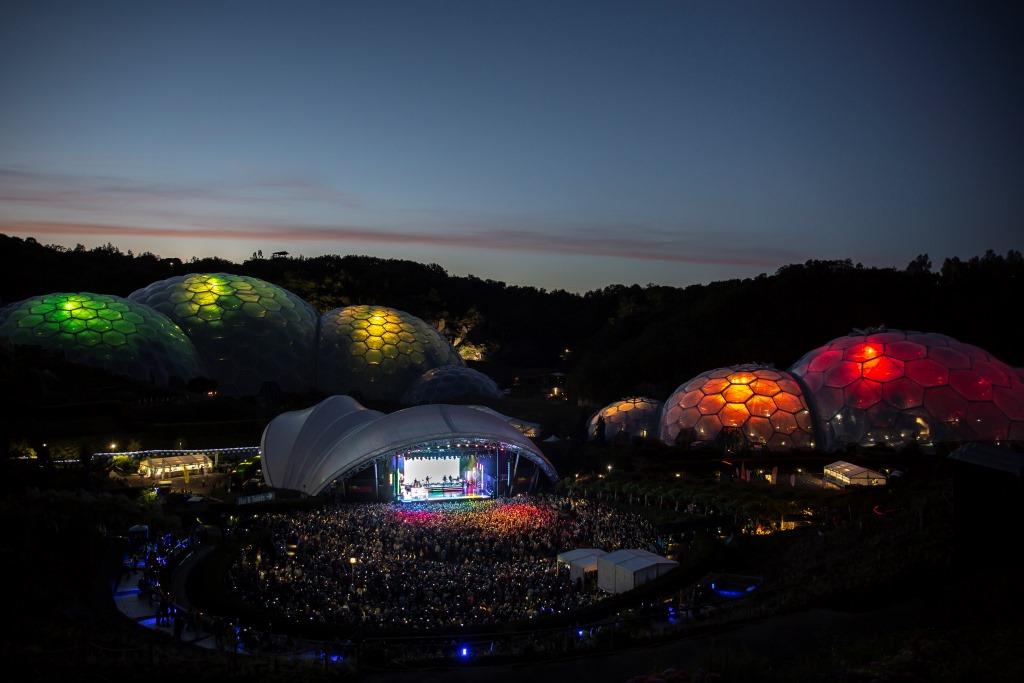 From Elton John to Gary Barlow: Celebrating 100 Concerts Live at Eden will follow the Eden Project’s series of outdoor gigs from its beginnings with Pulp in 2002 to its 100th show headlined by Nile Rodgers & Chic last summer.

The programme, which is introduced by Nile Rodgers, includes Pulp’s Eden performance of Common People and Nile Rodgers & Chic’s Le Freak, as well as other highlights including Burn by Ellie Goulding (performed at Eden in 2014), Plug in Baby by Muse (2006) and Intro by The xx (2013).

Series producer Anna Meneer said: “It has been a privilege to produce this programme for the BBC. Eden has a wonderful video archive of many of the artists who have played there and the landmark 100th Session was a great opportunity to show some of the highlights.

“The Eden Sessions have brought amazing artists to Cornwall and act as a beacon for Eden’s wider charitable aims, attracting new audiences to the project.”

From Elton John to Gary Barlow: Celebrating 100 Concerts Live at Eden is broadcast on Saturday (December 7) at 10.25pm on BBC Four.