Cornwall stands to receive a boost to the economy next year when it hosts the first stage of the 2020 Tour of Britain, with riders travelling 170 km through the Cornish countryside, starting at Penzance and ending in Bodmin.

The agreement to hold the race was confirmed at a special signing ceremony with the Tour of Britain organisers SweetSpot and Cornwall Council at Chy Trevail in Bodmin on Friday (Mar 22).

The race could give a massive boost to Cornwall’s economy. Independent economic reports estimate that the race will generate over £3 million of extra spending within Cornwall over the stage, and it is hoped that around 180,000 people will line the roads of Cornwall to watch.

The Tour of Britain stage will be the biggest ever sporting event to be hosted in Cornwall. The Tour of Britain is British Cycling’s premier road cycling event and the most prestigious race in Britain, and is shown live on ITV4 and Eurosport as well as being broadcast in 190 countries worldwide.

A total of 120 riders take part in the Tour of Britain and by hosting the first stage of the race in 2020, it will give opportunity for the public in Cornwall to see the world’s best cyclists in action. 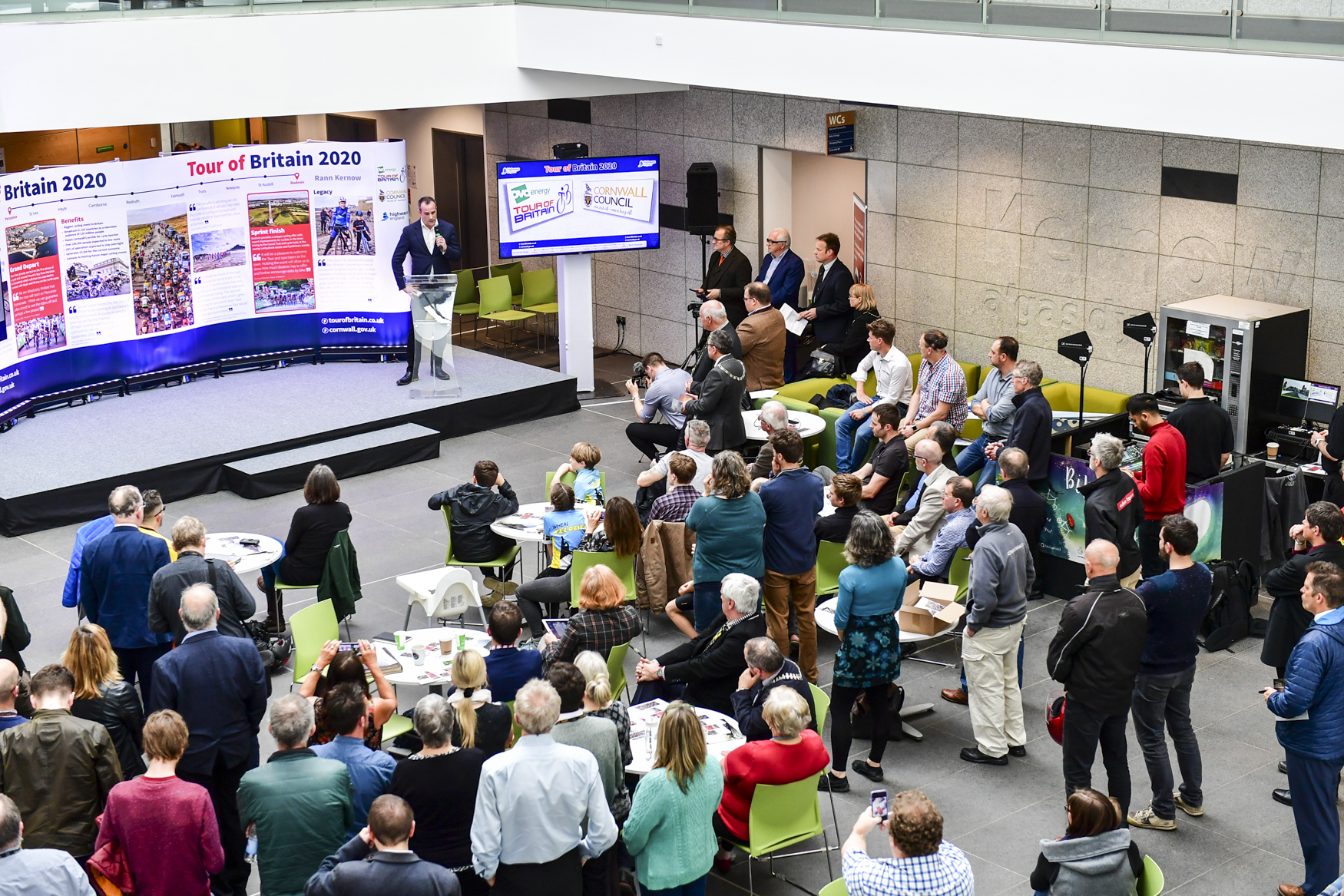 The Tour of Britain stage in Cornwall will also present an opportunity for national and local businesses to sponsor the event.

Councillor Adam Paynter, leader of Cornwall Council, said: “This is fantastic news for Cornwall, not just for cycling fans, but for the wider community as well.

“It will bring visitors into the Duchy, not only along the cycle route, but across the rest of the Duchy and it will also help to enhance our profile both at home and abroad.

“We will also work to ensure we create a long-lasting legacy from the event by raising the profile of cycling in Cornwall and motivating more people to get on two wheels and lead healthier, more active lives.”