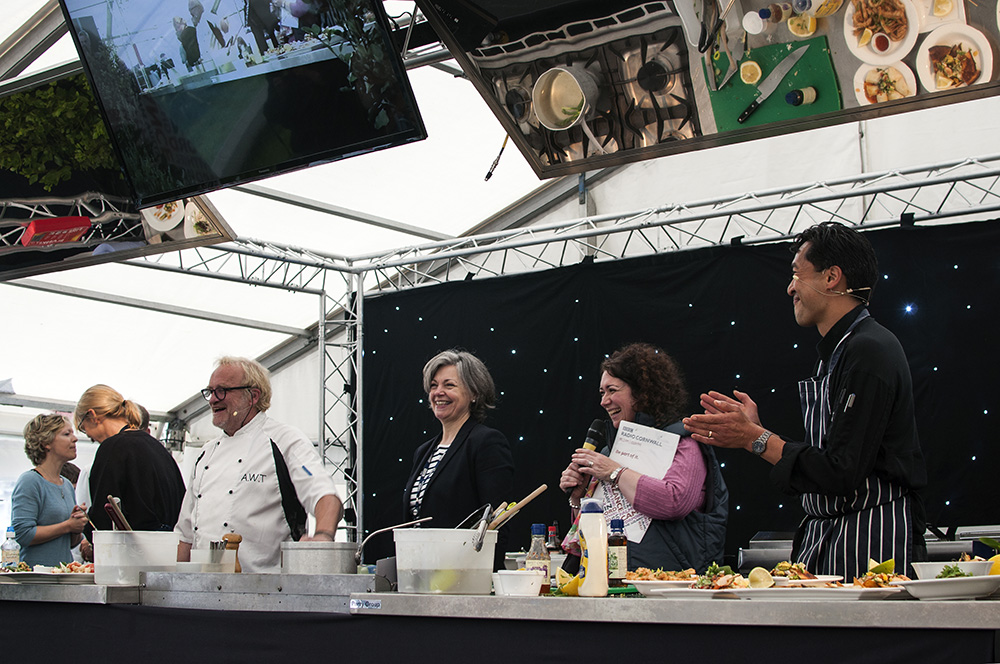 A Cornish festival is committing to using only compostable cups in all of its official bars.

And it’s signing up all traders on site to a green traders’ agreement and employing a food recycling company to further reduce their environmental impact.

With a 2018 theme of ‘Anti Plastic. Fantastic!’, Porthleven Food Festival is also raising awareness of anti-plastic issues with a number of artworks and speakers across site.

“We are aware that as a festival we have an environmental impact and we are committed to minimising that as much as we can,” said David Turnbull, chairman of the Food Festival.

“We’ve spoken to the head of waste management at Glastonbury and the team who look after the Eden Project’s recycling to get advice on the best way to tackle how we deal with waste. I’m proud to say this has resulted in a whole host of new measures and activities for this year’s event.”

The Festival’s Green Traders’ Charter means everyone trading on stalls at the Festival has agreed to ensure all serveware (like cutlery, cups plates and boxes) is compostable; that items like sugar, salt, pepper and sauces will not be in single sachets; that they will use the recycling and compost systems provided and that no single-use plastic bags will be issued. They’ve also been asked to make every effort to source their food and drink sustainably and reduce food miles.

And the team have brought in a company called Andigestion who collect, sort and recycle food waste into energy and fertiliser for farms.

Visitors are also being encouraged to do their bit by bringing their own water bottle, which can be refilled at various shops, businesses and restaurants in the town as well as at a special bowser on the Family Field being organised by local volunteers from community anti-plastics group, Refresh Porthleven.

Kelvin Batt, director of Arc Live which runs the event, added: “As well as making our own commitment to being greener we want our visitors to think about it too. That’s why we’ve teamed up with organisations and individuals who are raising awareness around the issue of plastic use, and invited them to be a part of a festival where we typically welcome over 30,000 visitors across three days.”