Researchers working on a documentary looking at the history of apprenticeships in Cornwall have discovered records dating back for almost 500 years.

The film called ‘Apprenticeship Legends’ is being produced by The Cornwall College Group to celebrate National Apprenticeship Week, which is due to be held in March.

Apprenticeships in England can be traced back to the medieval craft guilds in the Middle Ages, originating from the custom of upper class parents sending children away to live with host families. In Cornwall the oldest record discovered by producers dates from 1541 and is for a carpentry apprentice, William Helyer of Lostwithiel.

Production manager for Apprenticeship Legends, Jamie Reed, said: “Apprenticeships have been recognised as a way of training for hundreds of years and that is certainly the case here in Cornwall.

“We have studied the archives at the Records Office at County Hall, interviewed families who have stories of organisations like Holman’s and spoken to former apprentices; it’s been a really emotional and enlightening journey.”

The film has been supported by local businesses including the Eden Project, Blue Flame and Pendennis Shipyard, with former apprentices being interviewed for the film.

Another former apprentice was Tom Brown (pictured), now head chef at Outlaws at The Capital in London.  Brown started as an apprentice in Cornwall, washing pots and pans at a local pub; now he heads up one of the most prestigious restaurants in the country.

He said: “After my apprenticeship I kept the mentality of aiming for new goals, so I kept pushing myself forward and I ended up very fortunately working with Nathan Outlaw and now I’m here.

“At the age of 28 years old I was offered the opportunity to run a 2 Michelin starred kitchen in a five star hotel in Knightsbridge; I jumped at this opportunity and I’m very lucky to be here.”

Apprenticeship Legends is due to be screened during a special film premiere at Heartlands on March 16. 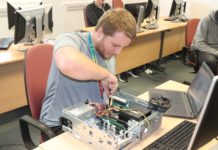 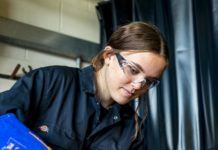