A celebration of the Cornish Pasty will be held in Padstow on Monday to mark it officially achieving protected food name status.

Organised by The Chough Bakery and supported by the Cornish Pasty Association (CPA), the event will run between 3pm and 8pm, and feature ‘Cornish boy band’ Fisherman’s Friends, and a ‘Fastest Crimper in the West’ competition.

The Cornish Pasty gained its Protected Geographical Indication (PGI) status from the European Commission in February this year, meaning only Cornish Pasties made in Cornwall, following a traditional recipe, can be sold as ‘Cornish’.

Elaine Ead, owner of The Chough Bakery, commented: “We are delighted to be holding the first of many events to celebrate the iconic dish, and we welcome everyone along to join the celebration.”

Mark Muncey, chairman of the CPA, added: “The Cornish pasty was awarded PGI status earlier this year and the Pasty Day on November 28 is a perfect opportunity for Cornish Pasty makers to celebrate this recognition of uniqueness from the European Union with the people of Cornwall.”

The event will be filmed and shown as part of a new BBC2 primetime series to be aired in spring 2012. 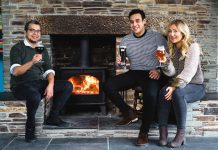 Paul Ainsworth takes over The Mariners 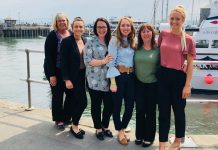