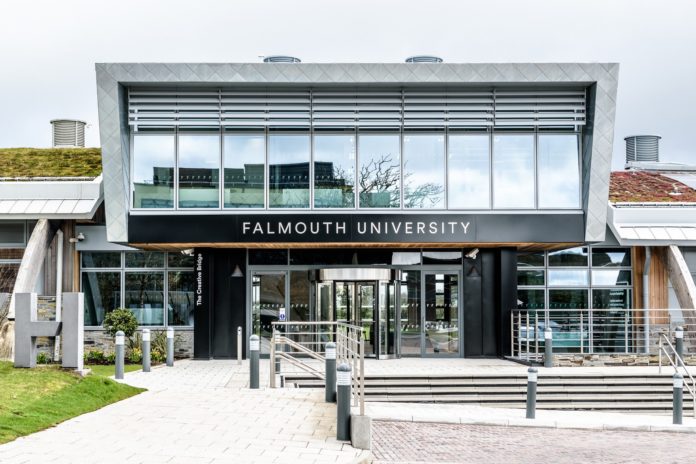 Falmouth University is worth £100 million to Cornwall’s economy every year, the equivalent of around £1 in every £109 produced in the Duchy, according to a new independent economic study.

The report also reveals that by 2030, Falmouth University could contribute as much as £200 million and provide 4,260 jobs in Cornwall.

The study by Hatch describes how the university is adding value to the region as a major employer and purchaser. It found that in 2018/19 the university:

The report also explored the role of Falmouth University as a driver of skills development and as a research and innovation hub.

Vice-chancellor and chief executive professor, Anne Carlisle said: “As the only university headquartered in Cornwall, we’re proud to act as an anchor institution, fully committed to driving the development of the region’s economy.

“It’s fantastic to read this report and see how the institution is not only providing value for its students, it’s also delivering major economic benefits to our wider community.

“We see our work at Falmouth as an investment in the future of Cornwall; developing a pipeline of in-demand skills, supporting the development of exciting companies and driving the creation of high-value jobs in Cornwall’s flourishing creative tech cluster.”