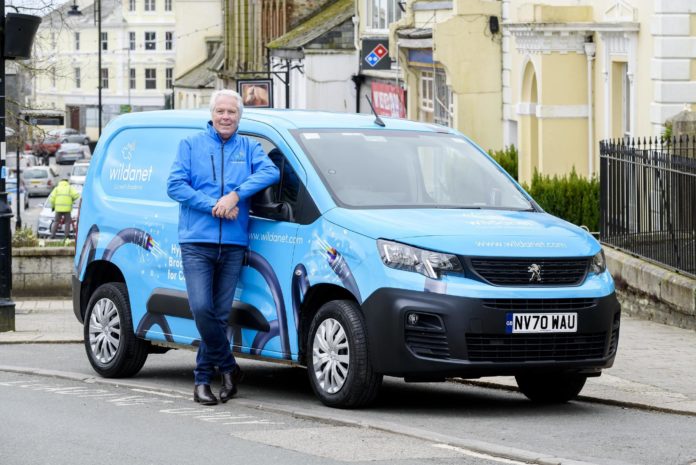 Cornish broadband provider, Wildanet, is getting under way on the multi-million-pound roll out of its new broadband network across the county.

The new hyperfast network is set to transform connectivity for hard-to-reach areas of Cornwall previously bypassed by the major providers and will be capable of delivering gigabit speeds, which are roughly 40 times faster than the average download speeds currently available in Cornwall.

The first communities to benefit will be in Wildanet’s hometown of Liskeard and the surrounding rural areas within the PL14 postcode, with about 6,000 premises expected to be able to receive the new service. Work is already underway and is expected to complete in the Liskeard area early autumn.

Ian Calvert, founder and chief executive of Wildanet, said: “We are delighted to be marking this milestone moment for Wildanet and for the many communities in Cornwall still struggling with poor connectivity and at risk of being left behind by the digital revolution.

“Fast, reliable broadband is an essential part of modern life as has been demonstrated more than ever in the last 12 months when we have all become so much more dependent on our internet connections. With this trend likely to continue and a growing number of devices within the home, having a fast and reliable connection is going to become an increasingly important part of our day-to-day lives.

“We don’t want anyone left behind and our mission is to bridge the digital divide and ensure that all communities and businesses, however remote or rural across Cornwall, have access to the internet they need and deserve.”

Wildanet has been connecting homes and businesses in Cornwall since 2017, largely using fixed wireless technology to bring superfast broadband to communities otherwise limited to broadband access via the more traditional and slower copper cable networks. The traditional broadband infrastructure of copper and fibre continues to get clogged up with oversubscription, which is part of the reason the larger internet providers stumbled across difficulties in rural Cornish areas.

After early investment from a number of angel investors supported by Crowdcube and the Cornwall and Isles of Scilly Investment Fund (CIOSIF), at the end of 2020 Wildanet secured a £50 million investment from the Gresham House BSI Infrastructure Fund LP (BSIF) to enable it to roll out its new gigabit-capable broadband network across the county.

While much of the physical installation of the new network will run along the existing highway, Wildanet is also keen to work closely with farmers and other landowners to allow fibre cables to be routed across their land where it is not possible to use public footpaths, verges and roads.

South east Cornwall MP Sheryll Murray said: “Access to fast and reliable broadband is hugely important so it is great to see Wildanet beginning the installation of its new network in Liskeard, bringing the benefits of gigabit capable connectivity to the town and surrounding rural communities.

“It’s an exciting first step in the expansion of their network across Cornwall and good news for families, businesses and the wider Cornwall economy.” 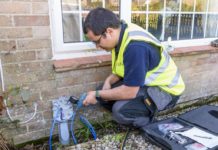 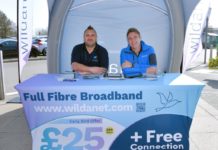