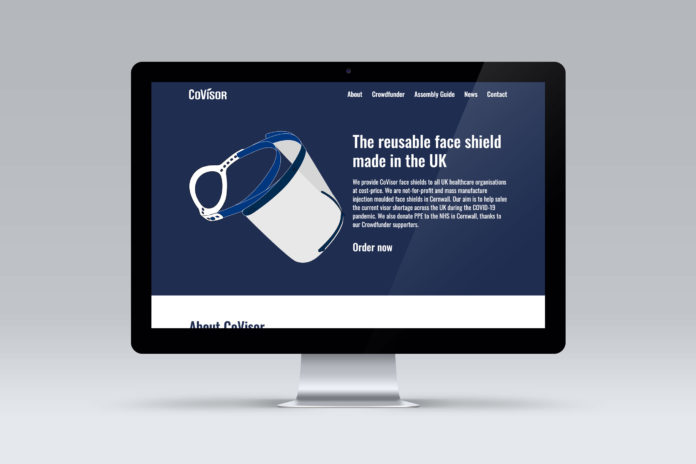 A newly-established agency has taken on two projects that will have a big impact on others.

Ridgeline Studio, which is a team of five based in Cornwall and the south west, was tasked to design and build a website CoVisor, a not-for-profit company which manufactures injection moulded face shields in Cornwall to give to UK healthcare organisations at cost-price.

Ridgeline created a campaign, brand and website for the group. Within 24 hours of the website launching, the #ReturnToShore petition had reached over 2,000 signatures. A weekend later, it has surpassed 6,000.

Ridgeline Studio was established by developer, Karl Shaddick, and designer, Matthew Stone, who said: “We are a creative agency with a conscience. As designers, we have the ability to make a real difference to people’s lives and the planet.

“We are dedicated to help brands, businesses and causes. Providing purposeful design solutions supporting individuals and organisations who are making a positive effect on others.”