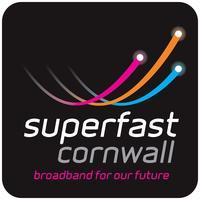 More than four out of ten firms in the county which could get the high-speed technology are estimated to already be using it – and the number of new customers is continuing to grow strongly.

The findings come from an independent telephone survey conducted on behalf of the Superfast Cornwall partnership, which contacted more than 2,200 businesses with access to the new fibre network. It showed that 43% of the businesses surveyed were using fibre broadband from a range of internet service providers.

The telephone survey follows previous independent research published last year, which indicated that more than half of Cornish businesses surveyed (52%) had been able to grow as a result of fibre broadband, whilst 79% indicated that fibre broadband had saved them time or money and 55% said the technology had allowed them to work in new and different ways. About half (49%) indicated that it had allowed employees to work more efficiently from home or remotely.

Digital economy minister, Ed Vaizey, said: “The rollout of superfast broadband in Cornwall has been a fantastic achievement and I’m delighted that so many local businesses are making the most of all that high-speed fibre broadband has to offer.

“80% of UK homes and businesses can now get superfast speeds thanks to the Government’s rollout and projects like Superfast Cornwall, and it’s great to hear how this is transforming Cornish businesses.”