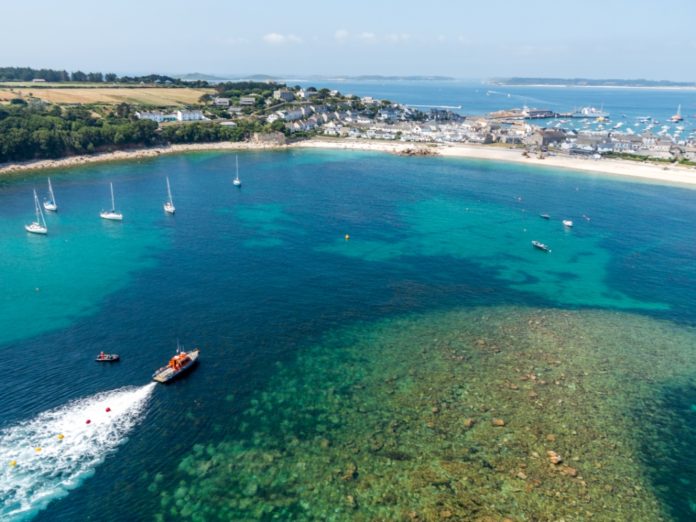 Superfast fibre optic broadband has arrived on the Isles of Scilly making them “some of the best connected islands in the world”.

The multi million pound project has just been completed with the first customers already using the high-speed technology. Isles of Scilly households and businesses now have access to broadband speeds up to 80Mbps, which is ten times faster than the previous maximum of up to 8Mbps.

A 939- kilometre cable between Porthcurno, Cornwall, and Santander, Spain, which had remained unused on the seabed of the Atlantic Ocean since 2006, was diverted to the Isles of Scilly during a month-long operation involving the 12,184 tonne cable ship Resolute.

The laying of the cable from the mainland was just part of the ambitious project. Engineers from BT’s local network business, Openreach, have also been busy installing a new network on the isles and building new links between the five inhabited islands.

Lord Ahmad said: “Bringing fibre optic broadband to the Isles of Scilly is another demonstration that Britain means business. No matter where in Britain you live and work, this Government is committed to empowering you with the tools you need to connect and communicate in the 21st century.”

BT chief executive, Gavin Patterson, who was also in the Scillies today, added: “The arrival of fibre broadband on the Isles of Scilly, England’s most remote community, is a landmark event.

“It is a wonderful example of what is being achieved by BT in partnership with the public sector to bring this exciting technology to locations across the UK, which would have been considered beyond reach just a few years ago.”

Superfast Cornwall programme director, Nigel Ashcroft MBE, said: “There has been huge interest in this project by the people of the Isles of Scilly. It represents one of the largest single investments ever undertaken on these remote isles and makes them some of the best connected islands in the world. This exciting technology will reinforce the isles’ reputation as a hotspot for homeworking.”

Among the first Isles of Scilly companies to benefit from high-speed fibre broadband is Scented Narcissi, a flower farm business on St Mary’s, which provides narcissi from nine family farms on the isles to customers across the UK and Europe.

Andrew May, the company’s managing director, said: “The arrival of fibre broadband on Scilly is fantastic news for our flower farm business. It will allow us to have better communications with our customers, as well as save the business time and money by allowing us to streamline some of our business operations.

“We operate in an incredibly tough marketplace and high speed connectivity will allow us to improve the service to our customers, increasing our competitiveness. We will be able to grow the business, reaching out to new customers both nationally and internationally. This is likely to lead to extra jobs at Scented Narcissi over time and a bright outlook as we embrace the digital future.”