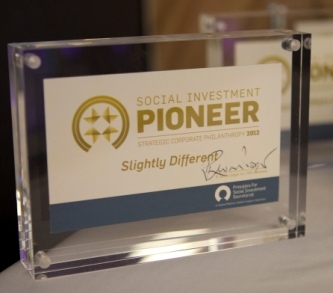 Penryn-based digital agency, Slightly Different, has been named as one of ten businesses from around the world to win a Social Investment Pioneer Award in recognition of its “outstanding contributions to community development in their local region”.

Slightly Different was selected as the best small company within the Strategic Corporate Philanthropy category. The award recognises companies that align core business capabilities and commercial objectives with philanthropic intentions.

Executive director, Jeremy Hurst, commented. “This award is a great honour for the entire Slightly Different team, and also for those who have worked with us in the past whose efforts have also been recognised.”

A ceremony, held in Melbourne, Australia, was attended by the British Consul-General, Gareth Hoar, who received the award on behalf of Slightly Different. 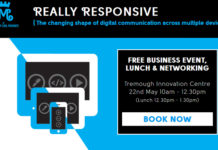