Nigel Ashcroft, programme director of Superfast Cornwall at Cornwall Development Company (CDC), has been awarded an MBE in the Queen’s Birthday Honours List 2012.

The award is for services to economic regeneration in Cornwall.

Ashcroft received the award in recognition of his role in driving the development of the superfast broadband project in Cornwall and the Isles of Scilly.

Ashcroft was previously programme director of Actnow, an earlier EU-funded scheme to drive broadband take up in Cornwall under the Objective One programme.

Ashcroft, who has worked for Cornwall Council and CDC for 20 years, said: “I am thrilled to receive an MBE. It is wonderful to be recognised in this way and a huge honour.

“I am also delighted that this also helps shine the spotlight on the pioneering initiatives currently underway in Cornwall.”

In response to the announcement, CDC chief executive Suzanne Bond said “We are extremely proud of Nigel and this acknowledgment is richly deserved.

“The Actnow programme paved the way for Superfast Cornwall, which is not only stimulating growth in the local economy but places Cornwall on a world stage in terms of pioneering technology. It is only right that Nigel gets his moment in the spotlight as well.” 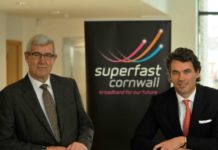 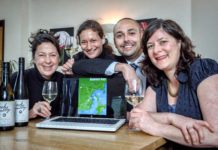