A Falmouth-based record company has pledged to do its bit for the environment by reducing the number of promotional CDs that it sends out.

The petrochemicals used in manufacturing CDs are environmentally toxic, while the CDs themselves don’t biodegrade.

Falmouth-based Aardvark Records distributes countless promotional CDs to DJs, radio stations and music video channels around the globe. From now on, however, as part of its new green policy, it will promote the use of its audio and video widgets to music editors and feature writers and music websites.

Aardvark managing director Alex di Savoia was prompted to implement this initiative after comments received from media students he was teaching at University College Falmouth. Students felt MP3s were green and CDs were not.

Di Savoia said: “What I’d like to see is record labels investing in research to make CDs environmentally friendly. Recycling unwanted CDs and DVDs could be one answer. The industry could win back deteriorating public perceptions by adopting green manufacturing processes. It could also give the beleaguered CD format a new lease of life.” 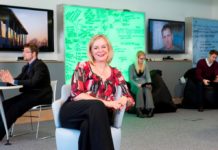 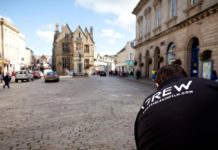