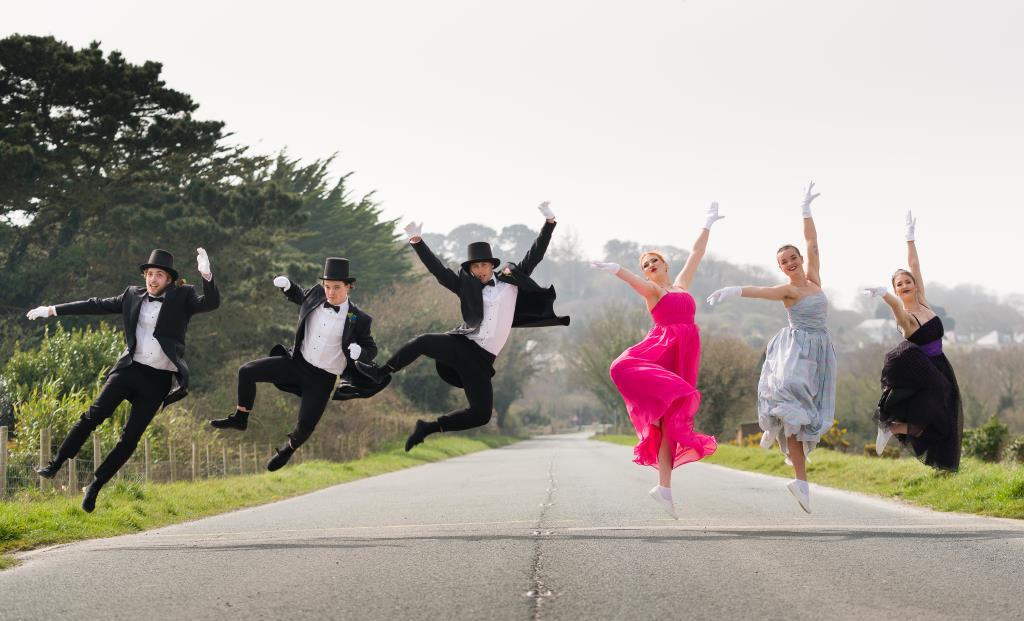 Cornwall has submitted its ambitious bid to become the first rural area to win UK City of Culture 2025, saying it would be a huge boost for a region that urgently needs investment to close the gap with the rest of the UK.

The bid, Cornwall 2025 – Leading from the Edge, is a call to action to address the climate emergency by using culture and creativity to connect communities across Cornwall with audiences around the world on the themes of People, Place and Planet.

With millions of Cornish diaspora across the Americas, Australia, New Zealand and South Africa, Cornwall is pitching a ‘Global Britain’ year-long celebration of Cornish culture to excite, inspire and explore global issues, from plastic pollution to climate change.

The bid also wants to change perceptions of Cornwall, which attracts over four million visitors a year. The natural beauty from which so much of Cornwall’s celebrated culture and creativity has sprung over the centuries, masks deep-rooted deprivation in what remains one of the poorest parts of the country. A third of employees earn below the real living wage.

Submission of the bid has coincided with publication this week of the Government’s Levelling Up White Paper, which aims to bring prosperity to every part of the UK. When measured by wages and productivity, Cornwall is the poorest of the eight regions left in the race to be City of Culture 2025.

The bid says City of Culture status would generate £119 million of direct benefit to Cornwall’s economy and create almost 500 jobs, while continuing to grow Cornwall’s burgeoning creative industries sector. The long-term economic benefits could run into hundreds of millions of pounds, some £870 million in total.

The bid has the backing of creative champions across Cornwall and beyond, ranging from actor and author Dawn French, to lyricist Sir Tim Rice, Olympic rower Helen Glover, broadcaster Petroc Trelawney and director of Tate, Maria Balshaw. Bid partners include the Eden Project, Tate St Ives, and Falmouth University.

Cornwall’s bid is being led by the Cornwall and Isles of Scilly Local Enterprise Partnership (LEP). Chief executive, Glenn Caplin-Grey, said: “We’re putting £1 million on the table because we recognise how culture is a catalyst for investment in places to drive economic growth and tackle social exclusion. The culture and the creative industries are a massive social and economic opportunity for Cornwall and being UK City of Culture would be a huge boost for jobs and skills in a region that needs investment to close the gap with the rest of the UK.

“What is really exciting about our bid is how Cornwall 2025 will facilitate collaborations between art and technology to tell the story of how our environment has shaped our history and culture. Most importantly, it will be a call to action about how we all need to change to address the environment crisis. In many ways this an issue that effects every community around the world and that’s why Cornwall 2025 has really caught the imagination. Our bid will showcase all that is splann (Cornish for fantastic) about Cornwall, and we hope everyone will get behind it, Onan Hag Oll – one and all.”

As one of the poorest parts of the UK, Cornwall has seen sustained public investment in its digital infrastructure for many years, making it one of the best-connected rural areas in Europe.

The bid will leverage this connectivity to create a cultural programme bringing together local communities and audiences from around the world, while tapping into Cornwall’s diverse and fast-growing creative industries sector, which numbers more than 2,000 businesses employing almost 6,000 people, making the area comparable with many cities.

The bid involves a range of cultural partners including the Eden Project, Tate St Ives and Falmouth University. It is pioneering the use of creative technologies like gaming and augmented reality for use across a range of industries.

And with experience of hosting millions of annual visitors and world-class events, including last year’s G7 summit, Cornwall is confident its bid can showcase what is best about Cornwall and provide a cultural response to the environmental challenges that affect everyone.

Cornwall City of Culture 2025 would include a year-long programme of over 1,200 events directly engaging over 400,000 people, with a live audience of 1.4 million and millions more online. The global broadcast audience is estimated at 1.6 billion.

Organisers are promising four as yet unrevealed ‘standstill moments’ across the year “to make national and international audiences stop and stare”. These would avoid Cornwall’s peak holiday season to spread activity throughout the year and encourage future off-season visits.

A comprehensive community events programme will involve every parish in Cornwall and every school. Details of the cultural programme will be released in the coming weeks.

An economic impact assessment to support the bid has calculated that City of Culture would generate £119 million of direct benefits to Cornwall’s economy, create over 460 direct jobs and safeguard almost 1,200 more. More than 2,500 small businesses would benefit.

The long-term impacts would be much more significant, with an estimated total impact of around £870 million over 25 years. This would come from a sustained uplift in annual visitors outside peak season, ongoing capital investment in cultural places and spaces, improved skills and education, and investment in technology.

Cornwall is one of just eight regions still in the running for the four-yearly City of Culture competition and submitted its bid to the department for Digital, Culture, Media and Sport yesterday (Feb 2), before the midnight deadline. A final shortlist is expected to March, with the winner announced in May.