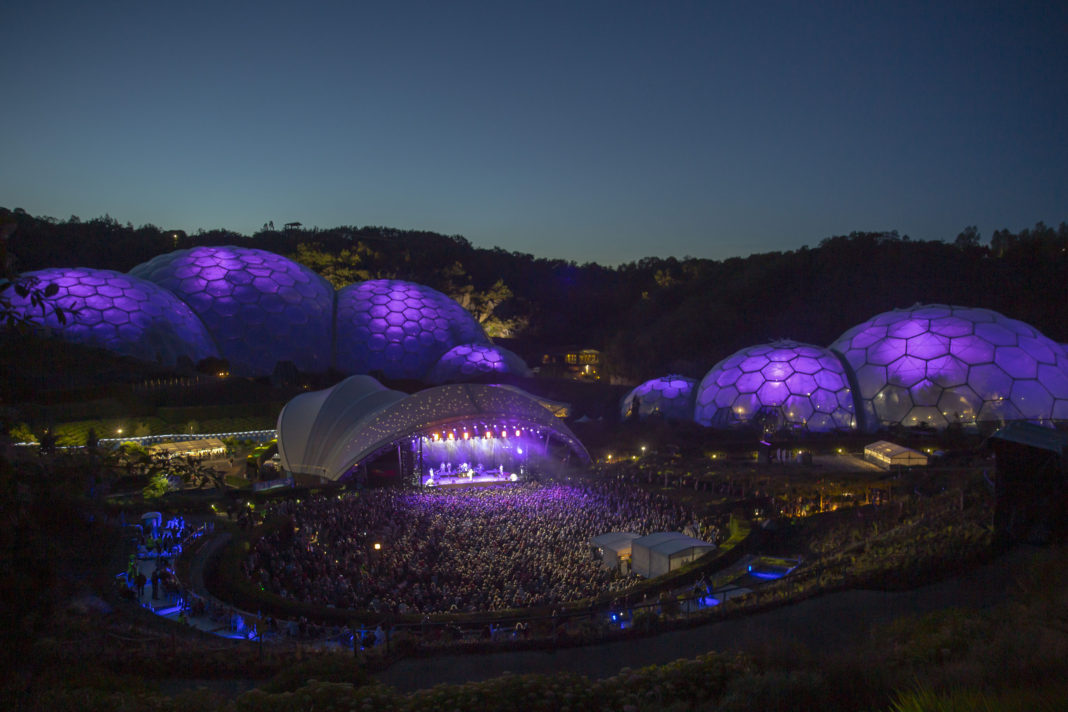 A new company, Eden Sessions Ltd, has been created by the two organisations and is now looking ahead to the next series in summer 2020.

By joining forces, AEG Presents and Eden will build on the Eden Sessions legacy and brand, delivering even more major artists to perform at the famous Biomes.

Eden’s Rita Broe, who has run the Eden Sessions for the last eight years, will lead the new company. John Empson, who was instrumental in launching the Sessions in 2002 and has booked every act since, will continue to lead on the booking for the concerts.

Eden chief executive Gordon Seabright said: “In 18 years, the Sessions have established an excellent reputation in the industry and with concert-goers. Our exciting new venture with AEG Presents teams Eden with the global leader in live music. It will give us more national and international reach and help us spread Eden’s mission even further.”

Since its inception in 2002 with a headline show by Pulp, the Sessions have featured performances from a huge range of major names including Muse, Oasis, Elton John, Blondie, Bjork, Lionel Richie, Paul Weller, Mumford and Sons, Blink 182, Sigur Ros, The xx, Pixies, Tom Jones, Van Morrison and Queens of the Stone Age.

Among this year’s headliners were Kylie Minogue, Stereophonics and Nile Rodgers & CHIC.