These projects support the production, promotion and distribution of work by creative practitioners and businesses across Cornwall.

Krowji is probably the most visible element of Creative Kernow’s work – it is Cornwall’s largest creative hub and probably the largest creative cluster west of Bristol, providing studios, workspaces, meeting rooms, a cafe and other services for a diverse range of creative individuals and businesses. An up-cycled grammar school in Cornwall’s former industrial heartland, it provides invaluable workspace for about 200 creative people – individual artists, makers and designers as well as small creative businesses and Creative Kernow’s own project teams.

Creative Kernow runs programmes that can touch and we hope improve everyone’s lives – there’s probably something happening near you even if you’re not aware of it.

* Our FEAST community arts investment programme supports the Cornwall Festivals Network with events ranging from Lafrowda in St Just to the Saltash Christmas Festival, from the Porthleven Food Festival to the Bude & Stratton Folk Festival and 60 others in between, as well as dozens of small community arts projects.

* Cornwall 365 and our What’s On listings service help to publicise the wealth of Cornwall’s cultural offer to locals and visitors alike throughout the year, listing more than 7,000 events last year.

* Cultivator, Creative Skills and the Cornwall Music Network provide professional development and business support (including money) to hundreds of people working in the sector thanks to European funding.

* Open Studios Cornwall helps hundreds of artists and craft makers to open their studios to the public every spring.

And there’s more work which is rather less visible, such as supporting young people to enter the creative workforce, providing advice and guidance on all matters creative and cultural and developing international partnerships – we recently hosted a visit by councillors from Morlaix in Brittany who want to develop a joint project with Cornwall and with Creative Kernow around the arts and culture.

Creative Kernow (which used to be known as Cornwall Arts Centre Trust or ACT) was set up in 1983 by arts activists to campaign for the creation of a proper arts venue for Cornwall and to promote performing arts events – a campaign that led ultimately to the Hall for Cornwall opening in 1997. It’s a charitable company limited by guarantee with a board of unpaid trustees; it has a wide variety of sources of income including Arts Council England, Cornwall Council and the European Union, as well as earned income from tenants at Krowji and box office sales by Carn to Cove and C Fylm. 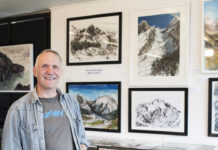 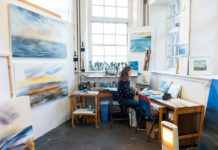 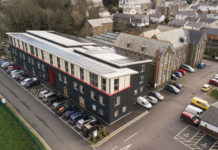