A Cornish brand has invested in a new website as a result of increased growth.

Invented by Cornish entrepreneurs Lucy Cox and Lerryn Clare, Halto is designed to alleviate the cheese wire-effect suffered by millions of women when wearing halter-neck swimwear.

Halto is a discreet, simple, waterproof device designed to sit between a halter-neck strap and the skin, reducing redness, rubbing, blisters, headaches and bruising associated with weight-bearing straps and knots worn on the back of the neck. Halto allows women the freedom to finally choose the swimwear they love; allowing them feel comfortable both inside and out.

Along with making halter-neck swimwear far more bearable, the Halto brand is a strong advocate and proactive champion of body positivity and female empowerment.

The company has grown significantly since in inception in 2016 following a crowdfunding campaign. Now, the time has come for the brand to invest in a new website with online store capability, built by Falmouth design and web agency, Eight Wire.

Clare commented: “We felt the time was right for us to invest in a shiny new site, now that our brand exposure was growing and orders increasing. We approached Eight Wire as they have a brilliant reputation for delivering brand consistent, functional and eye-catching websites.” 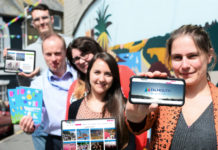 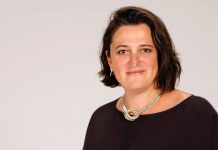 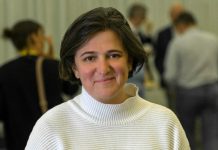 Summer of growth for Falmouth agency