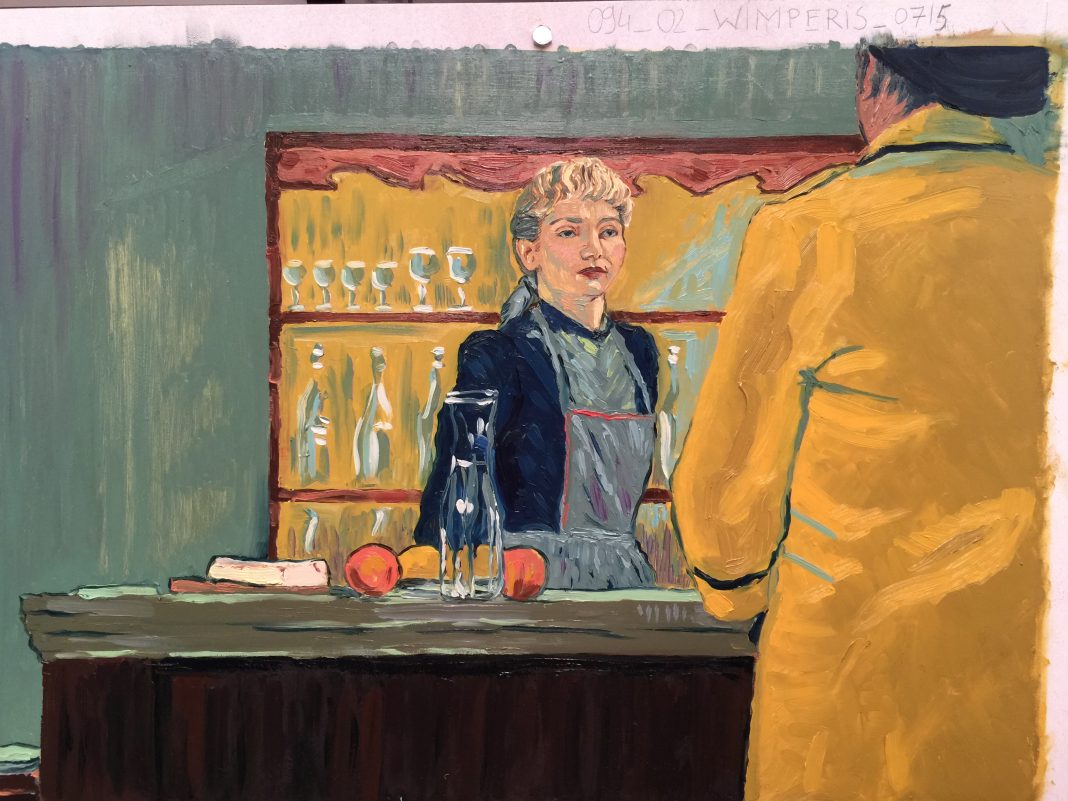 A Cornish artist is working in Poland on what is being claimed to be the world’s first “fully-painted” feature film.

Sarah Wimperis is the only English oil-painter among a 95-strong global team of artists working on the animated film Loving Vincent.

Loving Vincent is the world’s first fully-painted feature film which brings the paintings and subjects of Vincent van Gogh to life to tell his remarkable story.

Written and directed by Dorota Kobiela and Hugh Welchman, produced by Poland’s BreakThru Films and the UK’s Trademark Films, it follows the last few days of the Dutch Master’s passionate and ill-fated life to his mysterious death in July 1890.

Every one of the 62,450 frames of the film is an oil-painting, hand-painted by 95 professional artists who have travelled from all over the world to the Loving Vincent studios in Poland and Greece to be a part of the production.

In her normal life Sarah Wimperis is a contemporary impressionist painter and illustrator and one of the leading artists with the Beside the Wave galleries in Falmouth and Primrose Hill, London.

She was picked from thousands of hopefuls to join the Loving Vincent team following a rigorous recruitment process which culminated in 18 days of intensive training in van Gogh’s painting style and in painting-animation. 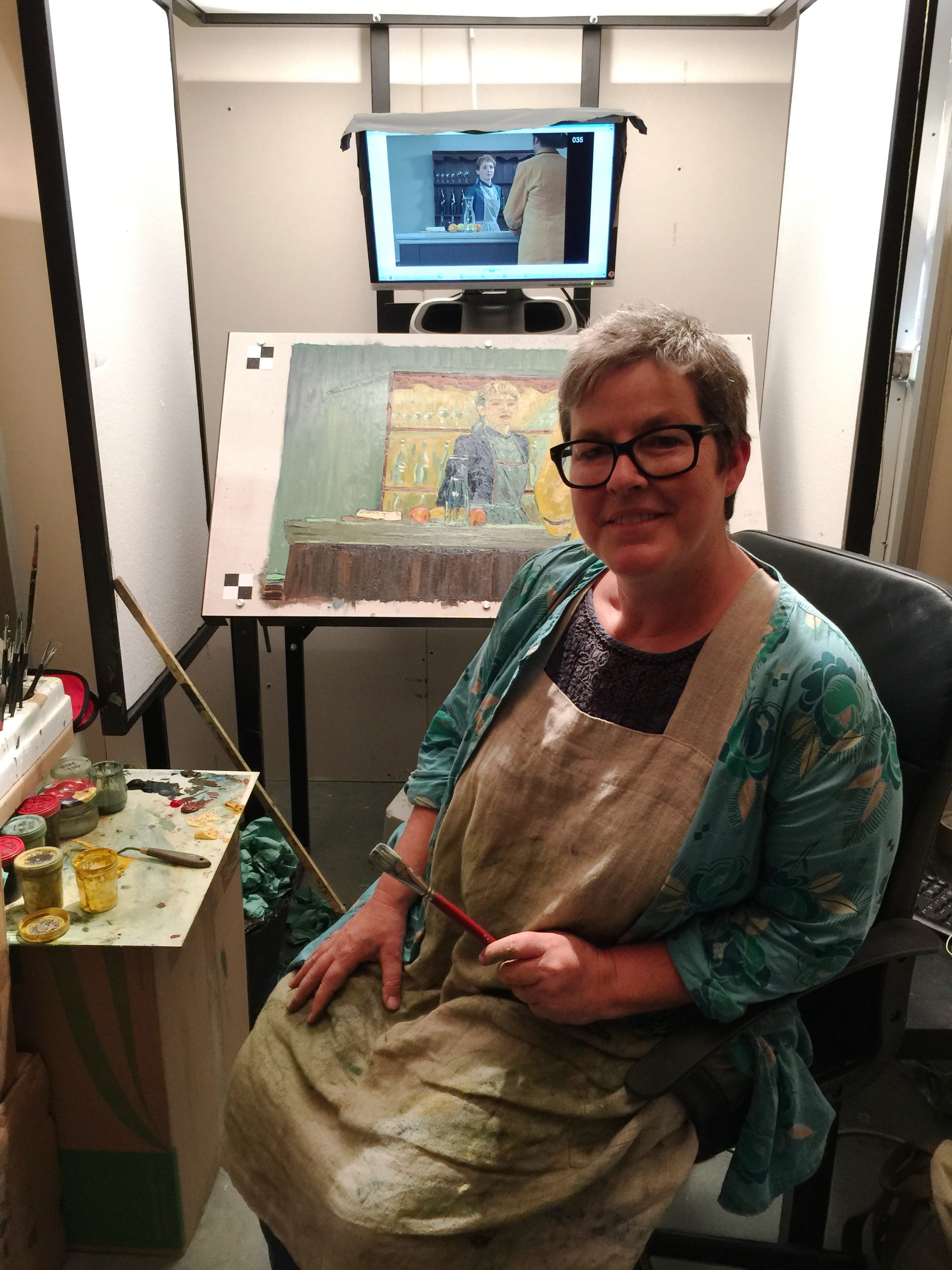 “Loving Vincent is an astonishing and unique project and I‘m really excited to be a part of the team bringing it to life,” she said.

“We are all living and breathing van Gogh’s work and his life as revealed by his paintings and his letters. It’s so intense that most days we emerge from our studios and find that twelve hours have flown by.

“Gdansk couldn’t be much more different from my home on the Helford – but it’s a surprisingly beautiful city and this is an incredible experience I wouldn’t have missed for the world. The extraordinary thing is that after four months and 180 paintings my work will make up about fifteen seconds of the film – that’s teamwork!”

Loving Vincent was first shot against a green screen background as a live action film with actors whose famous faces match the famous paintings they portray, among them Poldark’s Eleanor Tomlinson and Aiden Turner and Hollywood stars Saoirse Ronan and Chris O’Dowd.

The film’s writer – the painter and film maker Dorota Kobiela – explained: “It is the best way I can imagine to tell Vincent van Gogh’s story. There have been many biopic films about him but every time his paintings were there merely as a prop.

The 88 minute film Loving Vincent is due for release in 2017. 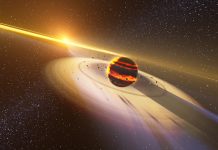 Animation studio is a Lovie finalist 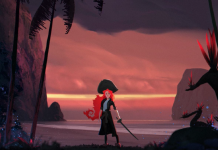