Film lovers with a need for speed are being given the opportunity to watch Top Gun at Newquay Cornwall Airport.

Event Cornwall and Skylight Cinema are working together for the second consecutive year in conjunction with Skybus and Newquay Cornwall Airport as part of the Outdoor Screenings Season.

The 1986 film, that brought Tom Cruise his fame and was directed by the late Tony Scott, will be screened on Friday, September 14.

The venue for this aviation filled film, which is being sponsored by Truro-based REG Windpower, is in a hangar alongside a Skybus aircraft.

“It was really sad to hear of the recent death of Tony Scott, but I hope the film being screened in this unique surrounding will help enhance one of this great director’s most popular films.”

It is the second year the film is showing in the location following its successful sellout showing last year.

Gates open at 8pm with the film starting at 9pm.

Tickets are available through Hall for Cornwall it is advised to book early – sales close 24 hours before the screening.

Photo ID is required due to the airport location. Names of ticket holders must be produced when purchasing the tickets as Newquay Cornwall Airport require them in advance. 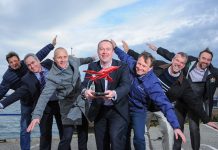 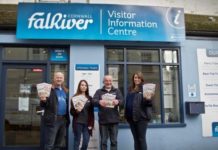