Parts of A&P Falmouth have been transformed into a movie set by Paramount Pictures, which is using Falmouth as one of its key filming locations for the multi million pound zombie thriller starring Brad Pitt, Matthew Fox and Mireille Enos.

Work has continued as normal throughout the yard, which is currently full to capacity, with filming for World War Z taking place on board a soon-to-be decommissioned ship in the docks.

A&P Falmouth MD Peter Child said: “The A&P Group is delighted to be able to host the filming of World War Z in our facilities at Falmouth. It is a major commitment, especially when at present we have four major contracts in the yard and the dry docks are full.

“As a major business and employer in the area we know it will also be a big boost to the local economy, just like the Tall Ships events we regularly host. It also demonstrates A&P’s ability to provide a full range of marine services to all types of customers, whether they be for ships, cargoes, marine renewables, cruise passengers or major Hollywood productions.”

World War Z Producer Colin Wilson added: “It’s been an ambitious shoot here and we couldn’t have done it without the cooperation of A&P and the town of Falmouth.”

Falmouth Docks has a history as a film location, or a base for filming at sea, dating back more than 60 years. Notable productions include Scott of the Antarctic, Robinson Crusoe and Hornblower. 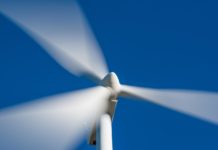