According to new independent research, Falmouth University and the University of Exeter, who share and jointly manage the Penryn Campus, have contributed £491 million to the economy of Cornwall and the Isles of Scilly between 2002 and 2012.

The universities have also contributed £144 million to the UK Exchequer during this period.

The contribution made by the universities’ students and employees is significant, with student living expenditure alone having contributed £111 million to the local economy between 2002 and 2012.

John Pollard, leader of Cornwall Council and joint deputy chair of the Convergence Local Management Committee, which steers the Convergence Programme, said: “The vision at the start of European funding in Cornwall and the Isles of Scilly was to work in partnership to transform our higher education and research facilities at the Penryn Campus into a world-class asset for the region.

“Anyone who visits the Campus today will experience the energy and innovation which buzzes through it as private and public sectors work together. The announcement that this collaboration has already contributed £491 million to the GDP of Cornwall and the Isles of Scilly in ten years is impressive. I look forward to the next ten years of the Penryn Campus’ achievements.”

Professor Anne Carlisle, vice-chancellor & chief executive for Falmouth, added: “As the county’s first university, Falmouth is committed to playing its part in the growth and the success of the region, and we are delighted to see this evidenced through the findings from Oxford Economics.

“The creative and cultural industries play a major role in the economic vitality of Cornwall and I am confident that the region will enjoy on-going growth from its universities.” 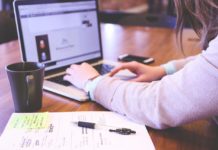