One of Europe’s most experienced politicians has praised Cornwall for what it has achieved using European funding and said it was a model for other regions to follow.

Professor Danuta Hübner, former European Commissioner for Regional Policy and current chairman of the EU’s committee on regional development, made her comments while on a visit to the county as a guest of the Combined Universities in Cornwall (CUC).

Prof Hübner, who last visited Cornwall in 2007, was shown examples of how the close relationship between higher education and the business community was boosting the local economy and had laid the foundations for further growth in the next European programme. This will see Cornwall and the Isles of Scilly receive more than £500 million of European funding from 2014 to 2020.

Prof Hubner said: “Since I was last here I can see what has been achieved by universities and businesses working together and this is important for growth because to make the Cornish economy more competitive it must be based on knowledge.

“What I can see is that there is already a critical mass achieved with this co-operation, on which you can build. Europe is aiming at exactly this partnership and this is something that is already here and is well rooted.

“I know many regions in Europe and I think there is a lot here that you can take as a model for other regions, where this co-operation between business and universities is still an effort that they have ahead of them. But here it’s already a reality.

“I would encourage you to be more open to co-operation with other regions, not just in the UK, but to reach more boldly abroad because you have achieved a lot to share with others.”

Prof Hübner’s tour included a visit to Ginsters in Callington, which is working with Cornwall College, the University of Exeter and Duchy College on a range of activities spanning training and development to food innovation and exports. From there Prof Hübner visited Duchy College to hear how research was helping to drive best practice and innovation in the agriculture industry.

She then travelled to Dunheved House at Launceston College where she learned more about outreach projects that promote higher education, and met research students who have been funded by the European Social Fund to work with local businesses. 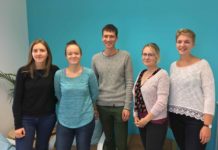 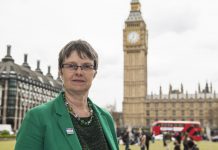