The second phase of the Government’s Help to Buy scheme has received a cautious welcome from one of Cornwall’s leading mortgage brokers.

The £12 billion programme, which helps buyers find mortgages up to 95% loan to value, was announced on Monday (October, 7).

Originally planned to be unveiled in January, phase two was rolled out three months early.

Phase one supported new build homes and first time buyers, but the new scheme has been extended to include any open market property up to £600k and any buyer.

Ronan Marrion, who works for Truro and Wadebridge-based independent financial adviser, Worldwide Financial Planning, said: “There has been a great deal of talk about how the Help to Buy scheme will create an artificial housing bubble.

“Phase one showed that the scheme can help drive demand and phase two has the potential to do the same.

“There are around 600,000 properties already on the market that could be included in to the scheme and the Government have estimated that 500,000 buyers will be helped over the next three years.”

In order to qualify for the scheme potential buyers have to go through the local Home Buy agent rather than a broker.

Marrion said: “We’ve got to wait and see what happens, but my initial thoughts are that the amount people are able to borrow, in terms of the salary multiplier, might be quite conservative.

“People might also have to show affordability for the whole amount of the mortgage, including the Government’s contribution.

“We also need to consider interest rates: initial reports suggest that the interest rate on a Help to Buy mortgage will be around 5%.

“When you consider that the rate for a 75% mortgage is around 2.5% at the moment then that’s quite a difference each month.

“The biggest factor stopping people buy, especially first time buyers, is the deposit, but if they can get one together then it will make it much easier to get a better deal on an open market mortgage.”

Get the Business Cornwall magazine iPad app from iTunes 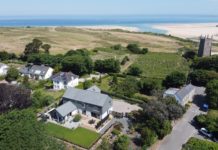 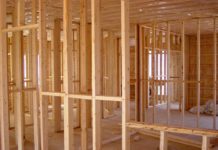