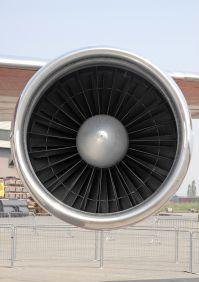 A national aircraft maintenance company is set to open a new base at Newquay Airport’s Aerohub Enterprise Zone.

AA currently operates at Manchester, East Midlands, London Heathrow, Paris and Brussels as well as airports in the Middle East and Asia.

The new facility, within the airport’s Enterprise Zone, will consist of a new 35,000 square foot hangar, capable of accommodating two narrow body or one wide body aircraft and offering a large, bespoke space for AA’s increased operations.

With clients including the likes of Thomas Cook, DHL, BMI Regional and American Airlines, Apple Aviation brings an ever-growing concentration of aerospace companies to Aerohub. The company plans to employ up to 30 highly-skilled employees, including aircraft engineers, in the first three years of operation.

Commercial director of Apple Aviation, Bernard Longman, said: “Newquay has been selected as the site for our new MRO facility due to the excellent infrastructure which the airport has to offer plus the benefits of developing our new business venture within the Enterprise zone.

“AA will provide the airport with a wide range of line and base maintenance capabilities which will benefit current and new airlines operating into and from NQY. The MRO facility will include an aircraft storage and recycling area which will be approved by the UK Environment Agency and is due to open in September 2013.

“AA look forward to building relationships with the local community and businesses in addition to contributing to the economy in the South West.”

LEP chair, Chris Pomfret, added: “We are delighted Apple Aviation has chosen Aerohub as its base for a new MRO operation. AA is a major player in the aviation industry. Their presence underlines the commercial attractiveness of Aerohub in Cornwall and the importance of having won Enterprise Zone status.”