Flexible access to business advice and guidance, the importance of mentoring and peer support, and an effective answer to self-confidence issues are the three keys to encouraging more women to launch their own businesses.

They were the conclusions from a recent roundtable debate among local female business owners, hosted by Peninsula Enterprise ahead of International Women’s Day (March 8).

Annette Morton at Peninsula Enterprise explained: “Today in the UK, 51% of the population is female but women account for only around 27% of people in self employment. So these are vital issues, not just on International Women’s Day but on every day of the year.”

The main questions addressed by the panel revolved around these issues, and practical solutions were identified and discussed.

On the question of mentoring and peer-support, which is at the heart of the Government’s strategy for small businesses, there was a strong call for entrepreneurial women to share their experience and support one another, which could be integrated with a more formal network of possibly paid-for mentors.

This in turn was seen as a way to address a perceived lack of female confidence in business, where women are believed to be less competitive and self-promotional than men

Convergence Partnership Office director Carleen Kelemen, who chaired the discussion, commented, “I believe that all of us have the potential to be the best that we can be regardless of gender. Life happens and there are certain things in the modern day that are female specific which, if not addressed, create barriers for women in achieving financial independence or career ambition in a fair and equal way.

“The best talent is not predicated by gender, nor should it ever be stifled by it.”

Morton added: “The Government has recently highlighted the sobering fact that if the same number of British women launched new businesses as men do, there’d be an additional 150,000 start-ups every year.

“And if the proportion of British female entrepreneurs was the same as in the US, some 600,000 extra women-owned UK businesses would be contributing an additional £42 billion to the economy.” 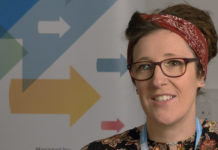 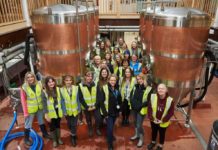