The new Government has a historic opportunity to encourage investment and promote business, the South West Regional Development Agency says in its latest quarterly Economic Review.

The RDA’s chief economist, Nigel Jump, said: “The present fiscal chaos gives us a ‘once in a generation’ opportunity to transform the role of the state in a way that builds economic trust and encourages investment in resource efficiency, human capital and innovative companies.”

The Review includes sections on economic policy, as well as on the world, UK and south west economies. It also includes special papers on spatial intelligence and south west international trade.

It says that signals are still mixed on the state of the economy. The more pessimistic include those anticipating public sector spending cuts while the optimistic tend to be more export or business-to-business orientated.

But the review warns that painful adjustments could lie ahead.

“The key risk is that the new Government’s fiscal tightening will dampen demand in the region before the private sector is ready to fill the gap,” it says.

“Ultimately, it will be good for the region to rebalance its economic activity away from domestic consumption and public employment. But it could be a painful adjustment in the short term, especially if the fiscal ‘cuts’ are in areas where the south west is strong, such as defence, or if tax increases hit demand for particular south west products and services, and jobs (such as tourism).

“Nevertheless, the key issue for south west England’s development will remain how we can re-direct resources away from the growth points of the last expansion to the growth potential for the next.”

On international trade, the review finds that the region’s exports decreased by almost 11% in value between 2008 and 2009. The exception was the food, drink & tobacco sector which experienced export growth.

While the south west has a comparatively low share of UK exports, there have been modest signs of improvement, with the region’s share rising from a low of 4.0% in 2002 to 4.7% in 2009. The proportion of businesses exporting has changed very little in the last four years, hovering at around 2.9%.

The research highlighted that spatial matters will be important for whatever form of regional or local development evolves from the current situation. It looks at long term growth prospects, functional market areas, and agglomeration and spill over effects in south west England. 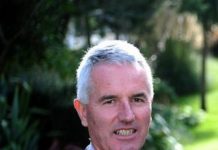 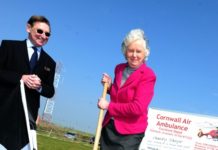