University level education in Cornwall received a boost today, with the announcement of an extra £20 million to fund students in the county over the next ten years.

Sir Alan said: “HEFCE continues to play a key role in developing higher education in Cornwall. We have supported the Combined Universities in Cornwall initiative since it started and have committed around £50 million to the project between 2005 and 2010. The first two phases of the CUC have been very successful in offering courses to students, creating jobs and developing innovation.

“The next phase, which will focus on building centres of excellence to drive enterprise and on widening participation through flexible local provision, will continue the vibrant partnership between universities, colleges and the communities they serve.”

Dr Sue Brownlow, Director of CUC, expressed her delight at the news: “Today’s announcement moves university education in Cornwall another big step forward. Thanks to this investment, hundreds more people will be helped to realise their ambitions each year by studying in the county.

“On top of that, HEFCE’s support gives us the financial sustainability we need to move forward with our ambitious plans for a major expansion of our work with business and world class research in Cornwall. It is not the final piece of the funding jigsaw, but it is an absolutely essential one.”

The additional funding is for 450 extra student places each year, helping to close the gap between Cornwall and the rest of the UK. At present the number of student places in Cornwall represents 62% of the national average; today’s announcement will push this figure to 70%. As a result of this investment, the number of people studying in Cornwall is likely to exceed 7,500 by 2011.

During his visit to Cornwall, Sir Alan met a number of graduates working with local companies, including Gendall and Seasalt, and heard from employers who are working with universities and colleges to develop courses that fit their business needs. The visit also included a video conference with marine renewable energy experts from the Peninsula Research Institute for Marine Renewable Energy (PRIMaRE), a joint venture between the University of Exeter and the University of Plymouth, which is closely linked to the WaveHub project funded by the Convergence Programme. 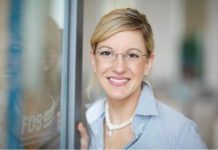 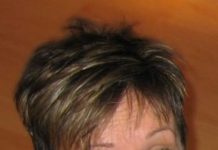